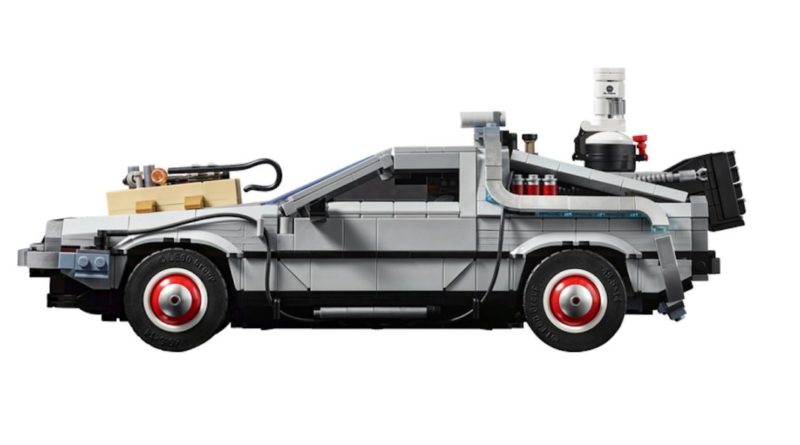 The LEGO for Adults 10300 Back to the Future Time Machine is missing one small feature to make it even more screen-accurate.

As previously reported, the upcoming 10300 Back to the Future Time Machine includes the option for builders to tweak the iconic vehicle to match three films and time periods. The 1985 version has a removable lightning rod hook, the futuristic 2015 model boasts a Mr. Fusion add-on and hover conversion, while the 1955 car has whitewall tyres and hood-mounted time circuit board.

However, as great as the three build options are, there’s a small feature missing from the set that would have made one particular version of the model even more accurate. In Back to the Future Part III, Doc Brown replaces the DeLorean’s shredded tyres with steel rims, allowing the time machine to be placed onto a train track in order for a steam locomotive to push the vehicle up to 88 mph and back to 1985.

Whilst the three build options for 10300 Back to the Future Time Machine are certainly appreciated, including the alternative 1955 tyres, we feel the set’s designers may have missed a trick by not adding in four metallic rims too. This would have given builders an even more accurate model to reflect each of the film’s distinct time periods, but we’re probably just nit-picking.

Of course, once 10300 Back to the Future Time Machine is released, it’ll probably just be a matter of time before an enterprising LEGO creator customises the set and offers their own take on the 1885 DeLorean model, complete with train wheels.