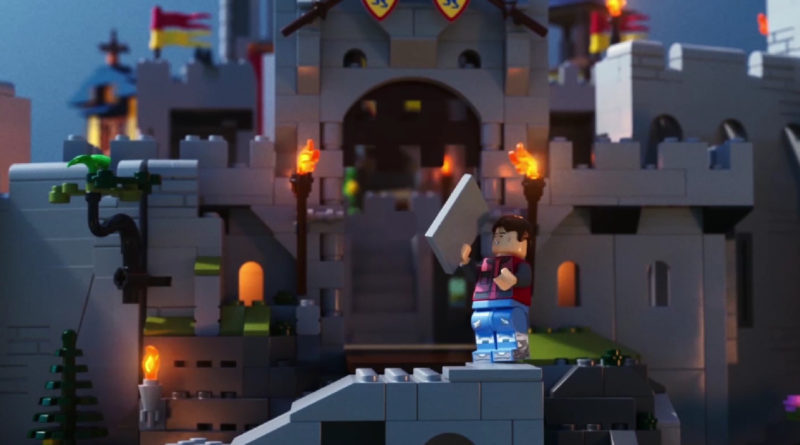 A LEGO Back to the Future short may have revealed a concept model for 10305 Lion Knights’ Castle now that the full set has been revealed.

To promote 10300 Back to the Future Time Machine, a short film was released that saw Doc and Marty travel to various points in time, referencing the likes of Jurassic Park and even Castle. In that medieval period, plenty of existing sets were depicted, but one unfamiliar build stood out.

While Doc was working on the time machine, Marty raided a nearby castle for parts. That castle featured a ramp and landscaped cliffs leading up the towers and walls. If that sounds familiar, it’s because many of these design choices can be found in 10305 Lion Knight’s Castle.

At the time we speculated that this castle could be the 90th anniversary LEGO Set that was voted for on LEGO Ideas. Now that we have official images of that model, it’s not exactly the same.

There are a few similarities between them such as the grass-topped cliffs and the ramp, though the entrance is much bigger on 10305 Lion Knights’ Castle than it is in the building seen in the Brick to the Future short.

Based on the similarities between them, it might be that the model seen in Brick to the Future, which also featured minifigures from 10305 Lion King’s Castle, is a concept version of the final 90th-anniversary set, though that’s not confirmed.