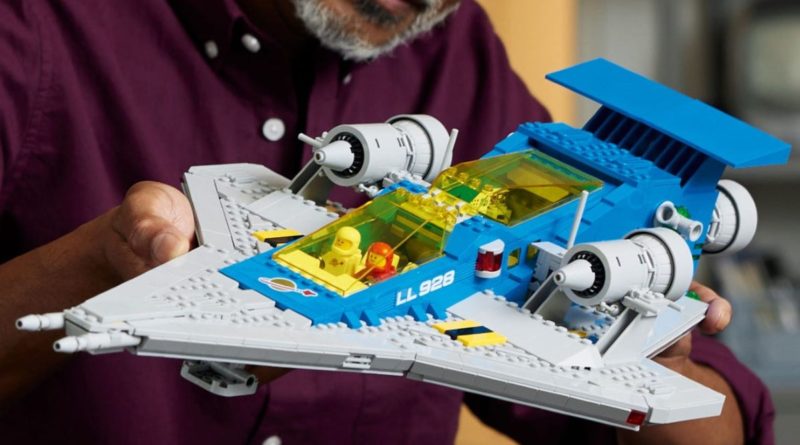 While sets like Galaxy Explorer and Lion Knights’ Castle celebrate the LEGO Group’s past, they’re bad news for resellers.

It wasn’t that long ago that you would regularly find articles in newspapers, or on websites, with attention-grabbing headlines claiming that LEGO was the place to put your money as a safe investment. Indeed, only last year, after a paper from a Russian University team was published, claiming that the value of second hand LEGO rises by 11% per year, there was a spate of headlines like “Investing in LEGO more lucrative than gold”. But they are definitely becoming less common.

Back in 2007, one of the most desired, revered – and expensive – LEGO sets was released. Part of the Star Wars Ultimate Collector Series, 10179 Millennium Falcon cost a then eye-watering £342.99 for its 5197 pieces and that proved a bridge too far for many. Indeed at one point the LEGO Group reduced the price to try and move some stock. A little over two years after it first graced store shelves, it was retired.

And in the years that followed, collectors came to view the set as something special, and prices on the second hand market began to rise. And rise. And rise. In the early 2010s, you’d often see a mint, sealed copy offered for £3,000, £4,000, even £5,000, and they would – occasionally – sell at that price. But then in early 2017, rumours began to surface of a remake and on August 31, the LEGO Group confirmed that yes, there was going to be a new UCS Falcon. That set, 75192 Millennium Falcon, was very similar to the original with a few minor tweaks and it sold like hot cakes.

At this point, Economics stepped in, and after market prices of the original set dropped. Today, a few optimistic sellers offer the limited availability 1st Edition for around £2,500, sometimes more, but a for regular sets, even if they’re still sealed, prices have settled at about £1,500.

For those who had made a living, or at least had a second job, in the LEGO reseller market, this was something of an earthquake, but the tremors seemed to settle quickly and things returned to normal. But in the past few years, we’ve seen a number of sets re-released, or in the case of the 90th anniversary sets, 10497 Galaxy Explorer and 10305 Lion Knights’ Castle, re-imagined. This is starting to have an impact on those who were relying on scarcity to keep prices of old sets high.  Why spend £180 on an original 497 Galaxy Explorer, when for £89.99 you can have the newer, larger, and arguably better, set?

Some will always prefer ‘original’ to ‘remake’ but there are plenty of people who won’t shed a tear for those who are sometimes viewed as ‘scalpers’, buying up sets, especially limited edition ones, and then selling them at an inflated price to people who weren’t quick enough to get them at retail. Others would argue that they’re providing a service that the LEGO Group doesn’t – or at least, hasn’t, up until this point – by supplying sets that there is clearly still a demand for.

Galaxy Explorer and Lion Knight’s Castle might be one-off nostalgia trips, but regular sets, like 10249 Winter Village Toy Shop, a remake of 10199 Winter Village Toy Shop from six years previously, do appear from time to time. Whether that hints at a future strategy from the LEGO Group, who knows? But if they’d like any suggestions for remakes, we wouldn’t say no to the Modular Buildings, Cafe Corner and Green Grocer.