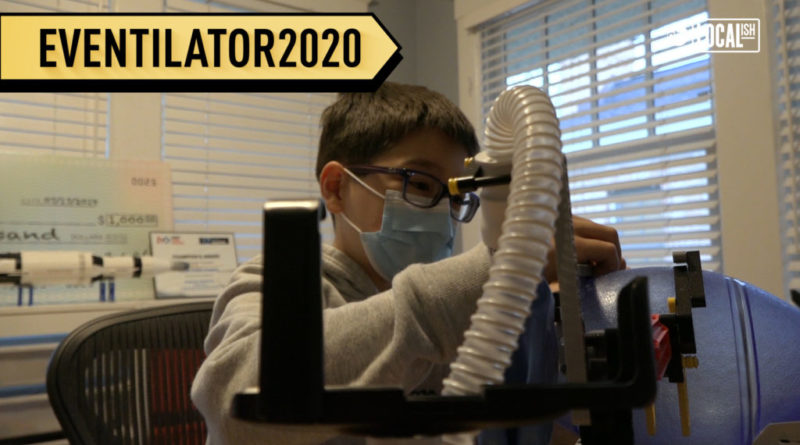 To help with ventilator shortages in Winnetka, Illinois, 12-year-old Anthony Hartman has used his brick-building skills to make some out of LEGO.

Hartman created his first prototype in March 2020, calling it the EVentilator2020. He had been building with LEGO ever since he could remember. During the worst periods of the pandemic, Hartman found his mind wandering to potential solutions for those suffering. He started to experiment with LEGO pieces from around his own home. It took several weeks until he was done with his first build.

“I saw a bunch of universities making respirator units that were cheaper and more affordable,” said Hartman. “I wanted to make my own version with a twist, which was the LEGO piece.”

Hartman is the chief engineer for his middle school’s LEGO League Robotics team, which taught him a lot of the crucial skills he needed for this particular project. His design uses bricks and motors from 31313 LEGO MINDSTORMS EV3, as well as a lot of creative thinking from Hartman himself.

The 12-year-old plans to submit the EVentilator2020 to LEGO Ideas, in the hope that his creation can start to be used in actual hospitals by medical staff in severe need of more ventilators.