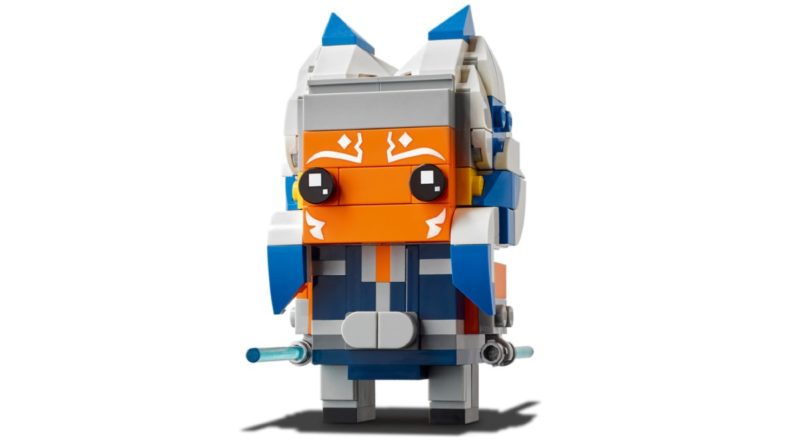 The fan-voted LEGO Star Wars BrickHeadz 40539 Ahsoka Tano has just been released on the official online store as the 150th set in the theme.

After a long wait since the end of the 150th LEGO BrickHeadz fan vote, 40539 Ahsoka Tano can now be found on store shelves and online for £9.99 in the UK, $9.99 in the US and €9.99 in Europe. Featuring two lightsabers and her signature head tails, the Togruta Jedi recreation includes 164 pieces.

As the first LEGO BrickHeadz for the character, Ahsoka Tano is a fan-favourite character who most recently appeared in The Mandalorian after first debuting in Star Wars: The Clone Wars.

These are the four LEGO BrickHeadz launching today, January 1, on the official online store and in retail locations worldwide.

As listed above, 40539 Ahoska Tano isn’t the only new model in the theme that is now available, with 40540 Lion Dance Guy being the second traditional dance caricature in LEGO BrickHeadz.

You can read our in-depth review of LEGO Star Wars 40539 Ahsoka Tano to see why this 150th BrickHeadz build is one of the best yet.