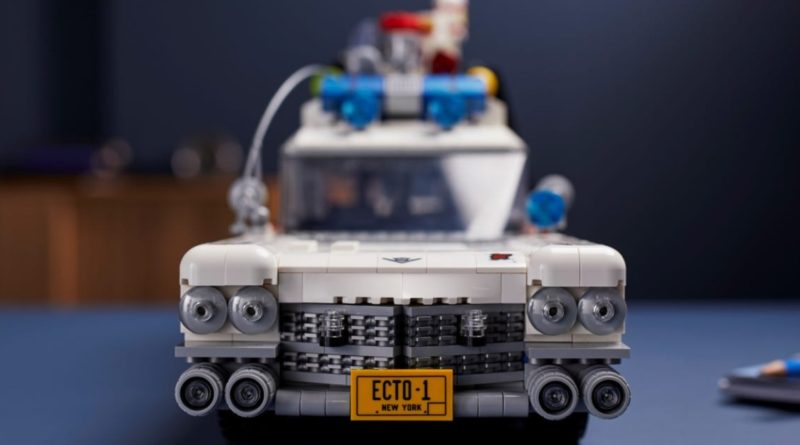 LEGO Creator Expert 10274 Ghostbusters ECTO-1 is 20% off as part of the latest John Lewis sale, knocking over £30 off the hard-to-find model while stocks last.

LEGO Creator Expert and ICONS models are mainly exclusive to the official online store and select retailers, making them less prone to heavy discounts than other LEGO sets. However, John Lewis’ latest offers have discounted several of these builds, including 10274 Ghostbusters ECTO-1.

The ECTO-1 is a pop culture icon for fans of cinema and Ghostbusters enthusiasts alike. That’s evident at John Lewis as, at the time of writing, 25 copies of 10274 Ghostbusters ECTO-1 have been purchased in the past day. That might be because the model has been reduced from £174.99 to £139.99 as part of the recent sale.

10274 Ghostbusters ECTO-1 is made up of 2,352 pieces all dedicated to recreating the well-equipped vehicle as accurately as possible, including the roof filled with all kinds of ghost hunting and tracking equipment

Stickers are included for rust details since this version of the ECTO-1 is inspired by the Ghostbusters: Afterlife movie. However, it’s easy enough to depict the vehicle from the original films by simply not applying them, giving it a clean, undamaged look.

At the time of writing, 10274 Ghostbusters ECTO-1 is available at 20% off from John Lewis, dropping it to £139.99 and that includes free delivery within the UK too.

Support the work that Brick Fanatics does by ordering your LEGO sets through one of our affiliate links.