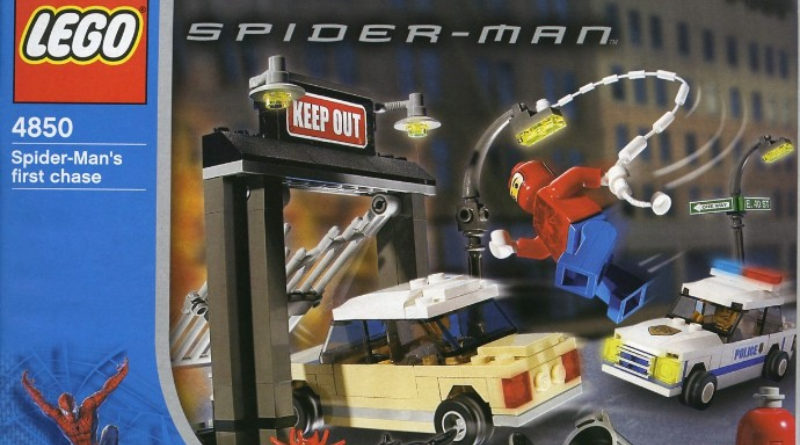 An older LEGO Marvel model has been updated with modern minifigures and elements in a new build that stays true to the Spider-Man sets of old.

4850 Spider-Man’s first chase was released in 2003 to coincide with the release of the 2002 Spider-Man movie. Now, a LEGO YouTuber has tasked themselves with updating the set for 2021, making use of newer techniques and pieces while still retaining the feel of the original build.

Hachiroku24 is the mind behind this idea and uploaded a video showcasing the model and the step-by-step creation of it to YouTube for anyone to follow along with.

This new, fan-made version is a larger and more detailed iteration of the iconic chase scene, in which Spider-Man purses the killer of Uncle Ben while being chased himself by the police.

When compared to the original set, the differences are immediately clear, with the tunnel façade being expanded greatly as well as adding more detail to the two cars. Even the included minifigure is the updated form of Peter Parker’s homemade Spider-Man suit from 76175 Attack on the Spider Lair, which you can read our review of here.

It’s no doubt a faithful recreation of the original 4850 Spider-Man’s first chase and comes almost two decades after the original. It definitely has us wondering what other old models would look like if they released today, especially in terms of the other 2002 Spider-Man sets.