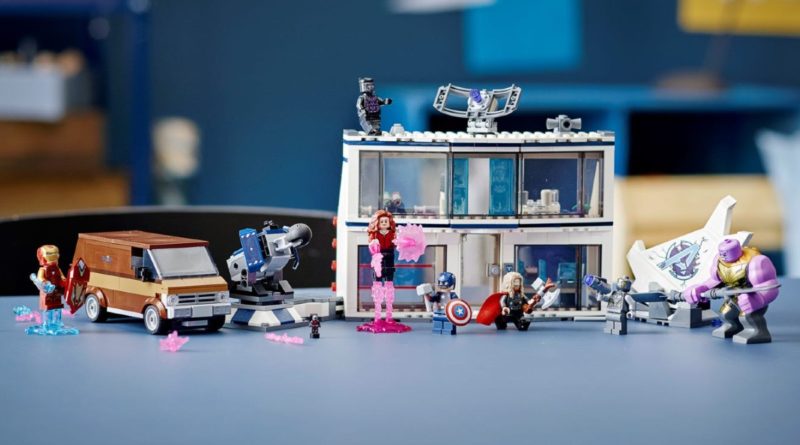 LEGO Marvel 76192 Avengers: Endgame Final Battle is retiring later this year, but there’s still time to get the set at 21% off the usual price with Argos.

Argos has reintroduced their discount on 76192 Avengers: Endgame Final Battle, pushing the sale a bit further than before to offer the lowest price ever for the set at the retailer. You can currently pick it up for £63 instead of £80, saving you £17 or 21% off the usual price.

As one of the first LEGO Marvel The Infinity Saga sets, 76192 Avengers: Endgame Final Battle includes four exclusive minifigures with the full selection including Captain America, Thor, Iron Man, Black Panther, Scarlet Witch, Ant-Man, Chitauri, Thanos as a bigfig and Ant-Man as a nanofig. Ant-man, Thanos, Captain America and Scarlet Witch are exclusive to this set with outfits based on their appearance in Avengers: Endgame.

Specifically, the Thanos figure uses an all-new collection of elements to depict the villain without his helmet as he was depicted in previous Avengers: Endgame models. For those who want to accurately recreate scenes from the film, this is the only set where Thanos’ helmet isn’t moulded onto the bigfig.

Beyond the minifigures, a build representing the ruined Avengers Compound is included, though the ruined elements can be removed to make it seem more complete and intact than it was at the end of the film. The interior is filled with references to other characters. The other aspect of the model comes in the form of Luis’ van which was used to transport a smaller quantum tunnel. The device is depicted in the back of the truck with room for minifigures inside.

Click through this link to browse the full LEGO range at Argos now.

Thank you for supporting our work here at Brick Fanatics by making your LEGO purchases from Argos through our affiliate links.