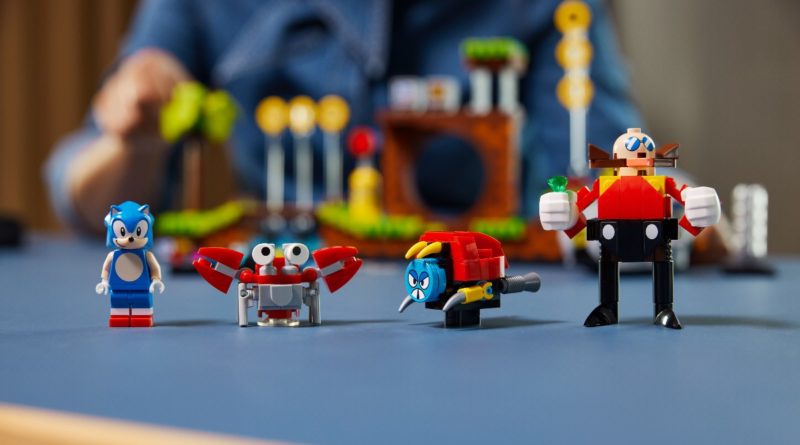 A change for a new LEGO Ideas set has been shared by the fan designer, updating Dr. Eggman from 21331 Sonic the Hedgehog – Green Hill Zone.

The latest LEGO Ideas set has now landed on shelves, after the original project from Viv Grannell reached enough supporters and was transformed into an official model by the LEGO Ideas design team. However, the fan designer has released modified instructions for the set with changes to Dr. Eggman.

The original brick-built figure for the classic Sonic the Hedgehog villain featured a small gap between the nose and printed face. The updated model from Viv Grannell fixes this by replacing the curved tile with a normal plate with a stud on top, keeping the pointed look and meaning no other parts of the build need to be replaced to accommodate the changed piece.

Those who would prefer a moustache that covers more of Dr. Eggman’s face can also find an option for that in the instructions with a section at the end showing you how to switch out the wedge slopes for longer bricks.

Either way, to follow these instructions you’ll need a copy of 21331 Sonic the Hedgehog – Green Hill Zone and the brick-built figure included in it, both of which are available now.

Viv Grannell has also revealed plans to share more guides for the model featuring alternate modules for Green Hill Zone and more enemies, though notes that these are unofficial designs and may not be as stable as the set itself. A second copy of the model could be useful for these new sections, thanks to the modular nature of 21331 Sonic the Hedgehog – Green Hill Zone.