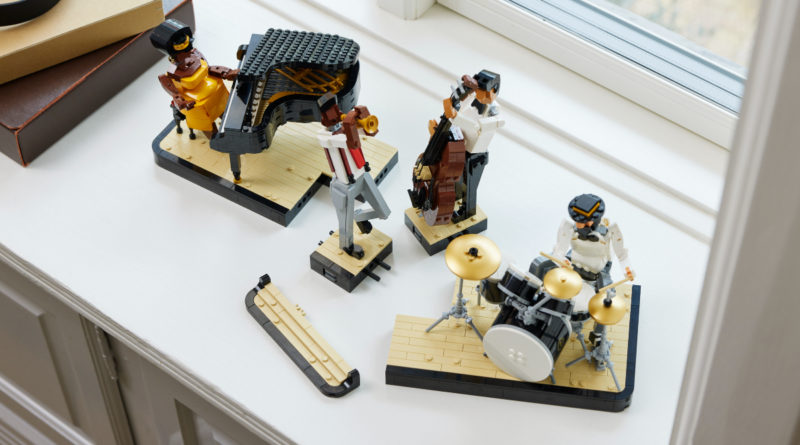 The latest LEGO Ideas set – 21334 Jazz Quartet – includes an option for multiple people to build the set at once, but this isn’t a new feature.

In the corner of the box art of 21334 Jazz Quartet, a symbol indicates that the build can be assembled by up to four people at the time, or just by one. However, it’s not the first time that this has appeared on the box of a new LEGO set.

A similar icon can be found, though only for a max of three people, on the box art of 10309 Succulents. Similarly to 21334 Jazz Quartet, it too is made up of individual modules that can be combined to form a larger model, in either the displayed configuration or whatever way you prefer.

This concept is similar to the Build Together app experience, which recently expanded with a selection of 2022 sets. However, this will likely be accessible without any additional technology. In 10309, the three instruction manuals show you how to build three of the nine plants each.

Judging by the numbering on the box art of 21334 Jazz Quartet, it could be that it will feature four manuals with instructions to build one of the brick-built musicians each, allowing four people to build at the same time before combing the builds.

21334 Jazz Quartet will launch in stores and online on July 1, as the 42nd LEGO Ideas model.