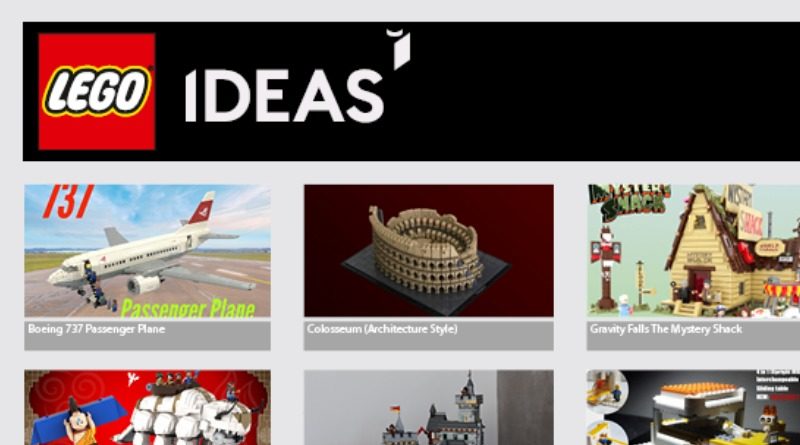 LEGO Ideas is showing no signs of slowing down, as a whopping 25 projects have qualified for the third and final review of 2020.

It means all three reviews from last year have now seen more than 20 projects crack the 10,000-vote mark. In what’s perhaps a sign of the site’s massive increase in activity cooling off, though, it’s the lowest of the three: the first review set a new record with 26 projects qualifying, while the second instantly broke that record with 35 projects.

Then again, we’re sure the Ideas team won’t be complaining. While the number of projects on the platform has increased massively over the past year – and in turn, the number of proposals reaching 10K – the theme’s output hasn’t ramped up to match it. That presumably makes the design team’s job of whittling down the pool of contenders even more difficult.

Not that 25 is much easier than 35, of course – particularly given the calibre of the models that have reached this review. From StudioTRico’s Avatar: The Last Airbender to Bricky_Brick’s The Little Venice, we’d love to see plenty of these projects turned into official sets.

Here’s the full list of projects up for consideration in the third 2020 review:

We’ll find out the results of this review in the summer. The results of the second review are due to be announced in ‘early 2021’, so look out for those soon.

Clemens Fiedler’s Medieval Blacksmith looks set to be the next LEGO Ideas release, with a recent (and seemingly inadvertent) reveal through Amazon UK. This year will also see at least Winnie the Pooh, The Earth Globe, Legendary Stratocaster, Home Alone and Seinfeld join the Ideas theme.

A LEGO Ideas-branded gift-with-purchase, 40448 Vintage Car, is currently free at LEGO.com with an £85 spend. Don’t hang about if you want it, though: the offer will only run while supplies last, and January’s other gift-with-purchase, LEGO Harry Potter 30628 The Monster Book of Monsters, has already disappeared from the online store.