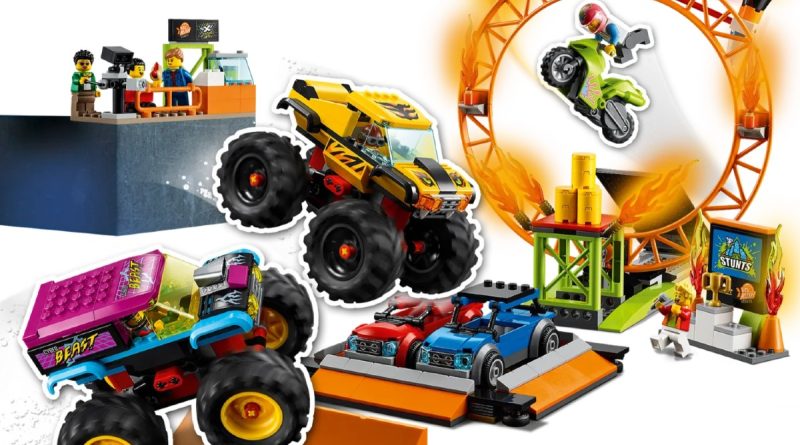 Stuntz is one of the most unique subthemes within LEGO CITY‘s history and right now you can get one of its biggest sets for 27% off at Zavvi.

In a product range littered with farms, fire stations, police and buildings, stunt shows seem slightly unusual but Stuntz has earned its spot in LEGO CITY by bringing a colourful cast of characters and creations to the theme. Those who have yet to catch up on this recent line-up can currently grab 60295 Stunt Show Arena for 27% off. That brings the 668-piece build down from £89.99 to £64.99.

This saving of £25 includes two monster trucks, cars to crush, a flaming ring, three ramps, a stunt bike, a podium and an area for the audience to watch the show as well as seven minifigures and a few accessories.

With these contents, 60295 Stunt Show Arena is a fully-fledged stunt experience that is well-suited for play. Its price tag also includes several larger elements such as the ramps and the bike, which affect the overall cost of the creation and make the 27% discount from Zavvi more notable.

Since the introduction of the LEGO CITY Adventures series, the theme has been including many of the recurring characters in the sets and three can be found in 60295 Stunt Show Arena.

Thank you for supporting the work that Brick Fanatics does by purchasing your LEGO sets via our affiliate links.