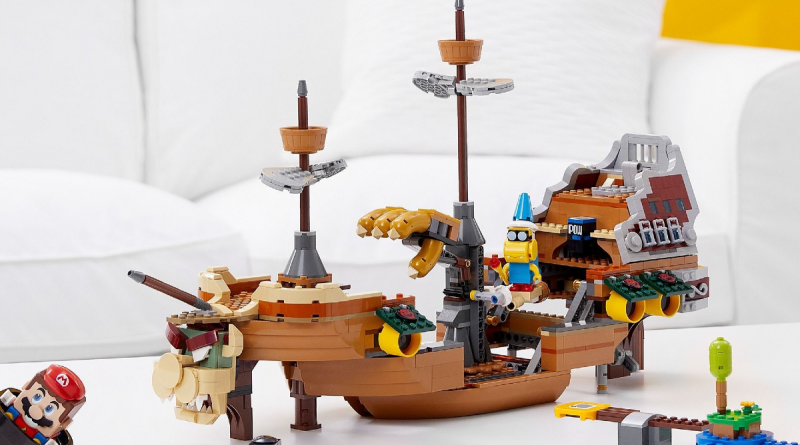 The latest round of John Lewis LEGO discounts includes a price reduction on one of LEGO Super Mario’s most ambitious releases.

Airships have been a staple of Super Mario video games since 1988, when Super Mario Bros. 3 arrived on store shelves. Since then, Bowser and his minions have used them in a variety of other Mario titles. Now you can enjoy one in LEGO form, and use it alongside other LEGO Super Mario sets.

Unlike most LEGO ships the larger structure of this model can fold out, allowing easier access to the interior. Unique features of the airship like its spinning propellors and giant grabbing hand are preserved here. A trio of enemies – a Rocky Wrench, a Pirate Goomba and Kamek – are on hand to challenge LEGO Super Mario fans.

Buying from John Lewis means you can be sure of strong customer service from the start to the end of the buying process. You can also enjoy free delivery on your order, as this set is comfortably over the £50 threshold for it.