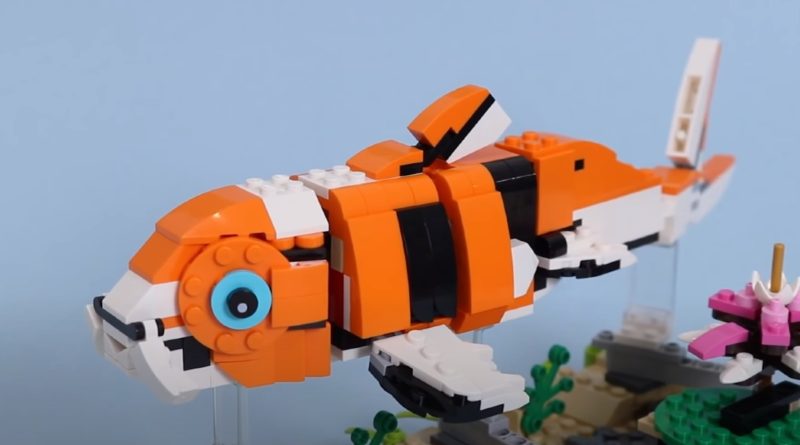 31129 Majestic Tiger, a new Creator set has had one of its alternate builds turned into a moving model that may remind you of a LEGO experiment.

LEGO YouTuber and 910028 Pursuit of Flight fan designer from the Bricklink Designer Program JK Brickworks has taken the only new LEGO Creator set available for 2022 so far and focused on the Koi alternate model, giving the additional feature of moving parts using a cog-based mechanism.

With the builder being known for making moving models, this latest project might not come as a surprise, though the aquatic subject matter of the official set combined with the lifelike movement of the modified Koi fish bears a resemblance to an experimental LEGO set.

LEGO FORMA 81000 Koi Model was launched in 2019 as a crowdfunded set in the experimental theme, of which only a limited amount of copies with exclusive pieces were made. Although that moving build was never given a wide launch after FORMA was not continued, three of four skins for the mechanism were different designs of a Koi fish, just like the modified model shown in the YouTube video.

The movement of the fish also resembles the LEGO FORMA set, though the fan-designed function uses a selection of newer cog elements rather than the all-Technic build in 81000 Koi Model.

31129 Majestic Tiger is available now from the official online store and we’ve given the new LEGO Creator model an in-depth review complete with a gallery of images.