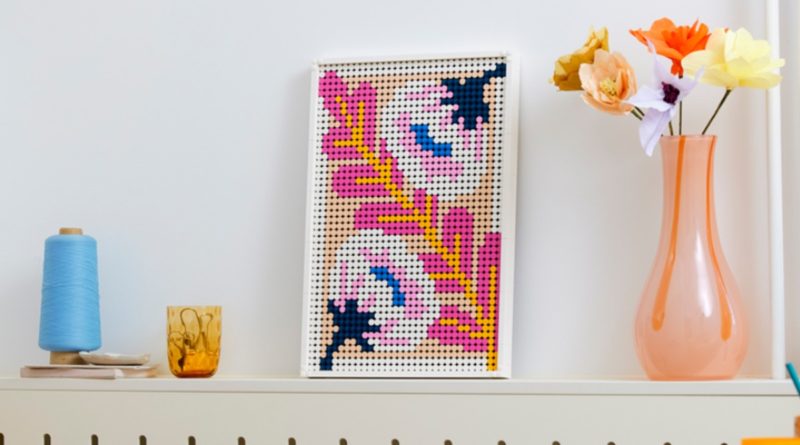 One of the more expensive themes available, LEGO Art sets can also be some of the most satisfying to build, with a range of mosaic images available. Whether it’s the sprawling 11,695-piece 31203 World Map or licensed sets such as 31205 Jim Lee Batman Collection and 31206 The Rolling Stones, there’s an ever-expanding number of sets to make and display.

The most recent addition to the theme is 31207 Floral Art, with the more accessible and affordable build currently retailing for £59.99 / $79.99 / €69.99. The 18+ set includes 2,870 elements with which to create one of 15 different images of flowers in either portrait or landscape configurations.

If that wasn’t enough options, the LEGO VIP Rewards Centre is now offering members five sets of alternative building instructions for expanding 31207 Floral Art even further. Each exclusive item can be downloaded as a free PDF, allowing for more colourful new images to be created and displayed.

There’s currently only one LEGO Art set rumoured for 2023, with a €99.99 build that has the product number 31208 reported to be arriving at some point in January. Of course, things could change over the next few months, but for now fans of the theme can potentially look forward to at least one upcoming new set, once the LEGO Group has officially confirmed its existence.