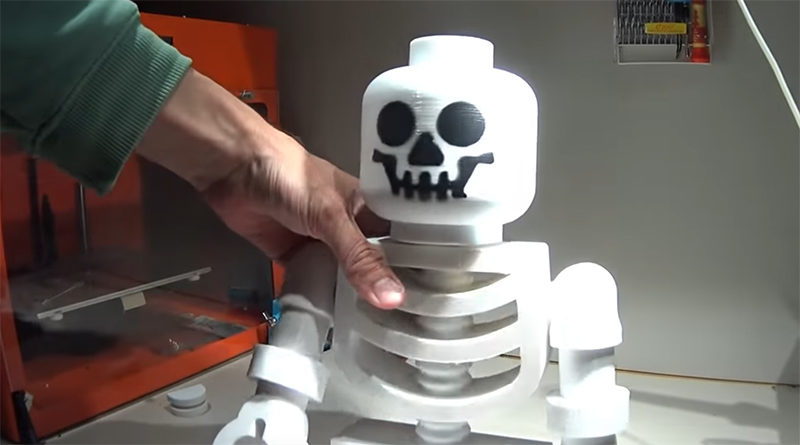 Who doesn’t love a LEGO skeleton? The classic character has been a staple of the LEGO Group’s line-up since the 1990s and has since become one of the brand’s most iconic minifigures.

Given how beloved the skeleton is, it’s perfect for a 3D printed upscaling. In this video from Jason Suter, fans can watch a giant LEGO skeleton be 3D printed, then decorated and assembled. Some pieces are glued to allow the skeleton’s limbs to be correctly connected, while others slot into place so the LEGO character has flexibility.

There’s even authentic dangly arms, as the classic skeleton had before the newer versions with clip arms were introduced.

LEGO design legend Niels Milan Pedersen infamously almost lost his job after designing a LEGO skeleton in the early 1980s. When Godtfred Kirk Christiansen was looking over his desk, he discovered and prototype and wanted Niels that should he ever made a ‘dead minifigure’ again, he’d be fired. Fortunately, Kjeld Kirk Kristiansen reversed the decision some years later.