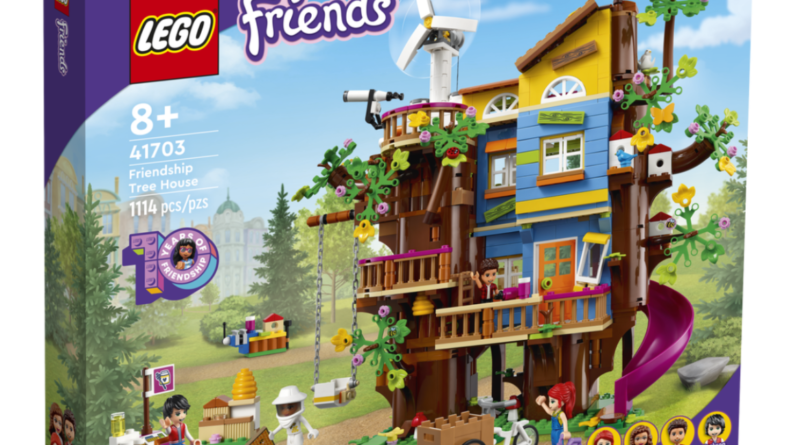 To mark the 10th anniversary of LEGO Friends, 41703 Friendship Tree House has been released, with the set including a number of hidden secrets.

2022 will be a big year for LEGO Friends, as the theme will be celebrating its 10-year anniversary. The LEGO Group is kicking the festivities off in a big way with eight new LEGO Friends sets having been released on January 1 online and in-store. In addition, the first of two LEGO gift-with-purchase promotions is currently running, with spends of over £40 / €40 / $40 scoring you a free 30588 Kids’ Playground polybag.

One of the largest new LEGO Friends sets, 41703 Friendship Tree House is also branded with a ’10 Years of Friendship’ logo, marking it out as something extra-special. As well as being packed with fun features and five LEGO Friends mini-dolls, the set also has some unique hidden details to be found.

41703 Friendship Tree House includes a QR code on one of its 1,114 pieces that can be scanned to reveal retro Heartlake City treasures for fans to discover. We don’t want to spoil all of the surprises to be found in the set, but the code is pretty easy to find, even for younger builders. Still, it’s a nice touch on what is a fun set and one that’s sure to appeal to its demographic.