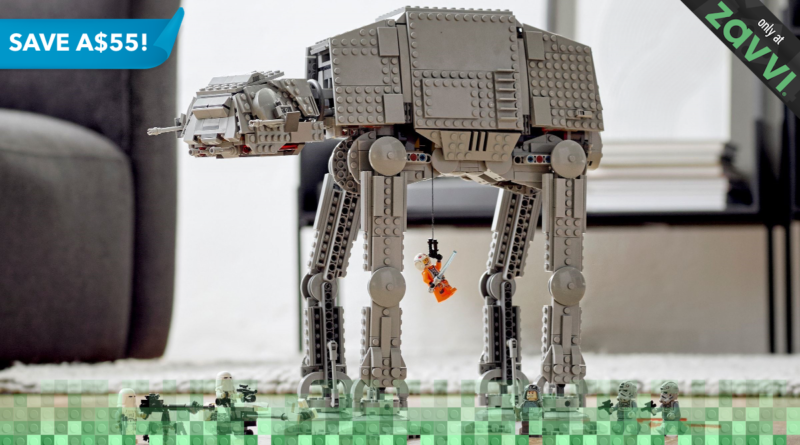 Ahead of the new huge LEGO Star Wars AT-AT release, Zavvi has reduced the smaller, less expensive model by more than 20% as part of Australia’s Click Frenzy deals.

Zavvi has launched its latest sale to celebrate Click Frenzy, the Australian version of the Black Friday and Cyber Monday event that began in the US, inspiring various retailers to host an array of offers for one day only.

For those who might not have the room or budget for the newly-revealed Ultimate Collector Series 75313 AT-AT, the older – but still-detailed – version of the vehicle is also available. Originally released to celebrate 40 years since the premiere of The Empire Strikes Back, 75288 AT-AT is down from A$249.99 to A$194.99, saving you more than 20% on its original retail price.

Click through to see all the deals still available, and consider supporting the work that Brick Fanatics does by purchasing your LEGO from Zavvi using our affiliate links. Thank you!