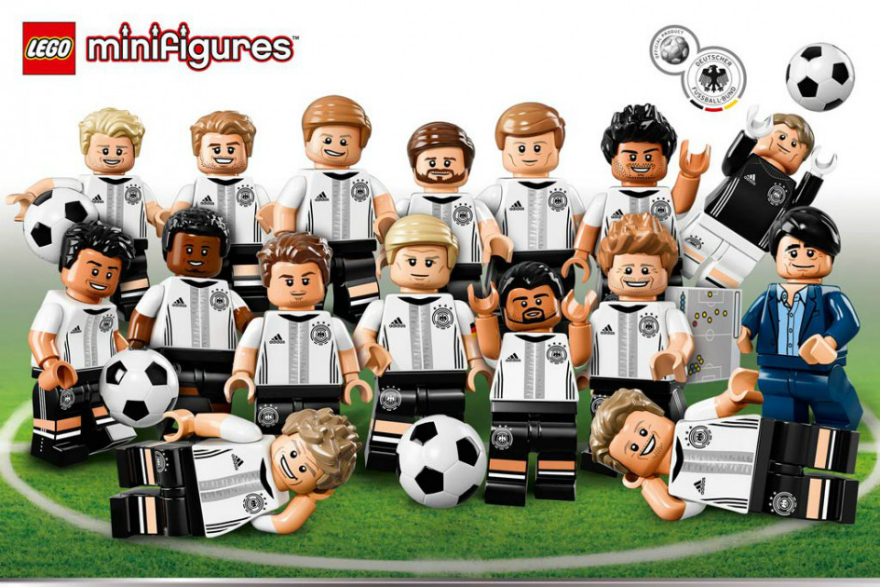 I do love being right, as I said months ago that this series would be a European exclusive and confirmed it in person 20 minutes ago at the Sheffield LEGO Brand stores. While at first it was announced that only Austria, Germany and Switzerland would be getting the limited edition German Football Team Minifigure series, it now transpires as Brickset have just revealed that in fact UK brand stores will be stocking them.

It seems that all European brand stores (excluding the above 3) are receiving 10 boxes per store in with a max purchase of 20 per person per transaction. Our friends at Hoth Bricks have confirmed the same over in France.  The German speaking countries have received 20 boxes. So if you are wanting the series I suggest you get there fast as Huw over at Brickset has read somewhere that some 2.2 million have been produced, which is 36,666 boxes….. will that be enough for the demand?