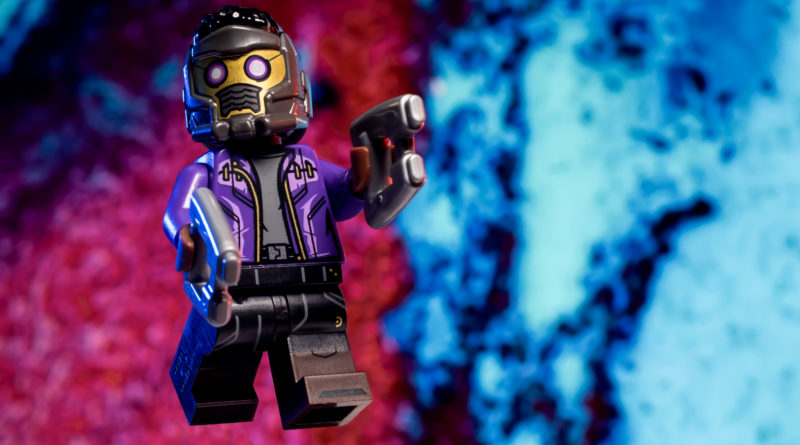 The LEGO Group is about to release the first Marvel Collectible Minifigure series, but who is this alternate outlaw known as T’Challa Star-Lord?

Whilst many will know legendary intergalactic outlaw Star-Lord as Peter Quill of Missouri, one series is daring to ask what if Yondu’s ship had made its way to Wakanda instead?

The upcoming range of characters in 71031 Marvel Studios spans the multiverse of the Marvel Cinematic Universe for inspiration for its minifigures, including stories that reimagine familiar tales with a single, major twist. It should be stated that spoilers will follow for the second episode of Marvel’s What If…? and Guardians of the Galaxy Vol. 2.

In the alternate timeline presented in Marvel’s new What If…? series the Ravagers were still given the child-seeking assignment from the Celestial Ego, but thanks to an array of strange readings caused by the Vibranium of Wakanda, Kraglin was fooled into thinking the half-celestial child they were looking for was Prince T’Challa.

Upon discovering their mistake, Yondu chose not to seek Peter Quill after all and, as per young T’Challa’s wishes, decided to show his new apprentice the wider galaxy. Whilst over the next numerous years, T’Challa would be changing the universe with his heroism and determination, his father would begin an intergalactic search for his kidnapped son. Unfortunately, T’Challa believed his home nation to be destroyed as reported by Yondu.

Over the next 20 years, T’Challa embraced the role of Star-Lord but had very different motivations to Peter Quill. Instead of a largely selfish life of piracy and exploring the galaxy, the Wakandan chose to make a difference, stealing artefacts that could help save planets or even convince a certain Mad Titan to give up his quest for balance.

One of his many quests for peace and prosperity brought him into the path of the new intergalactic warlord, The Collector. This obsessed figure that taken on the role of Thanos, capturing various species and even taking items from Earth’s mightiest heroes. During a daring heist with his crew of heroic Ravagers, T’Challa Star-Lord found a spacefaring Wakandan ship that was once operated by members of the Dora Milaje, who had long since perished.

Activating the ship thanks to the only keepsake from his home, T’Challa learned the truth of Wakanda and their search for him. This eventually leads to him confronting Yondu who admitted that he couldn’t let T’Challa go – a similar relationship that was shared between him and the other Star-Lord in the main MCU timeline.

With the help of Thanos, Nebula, Kraglin, Taserface and Yondu, T’Challa lead the team to victory and escaped The Collector’s clutches with the item they sought, one that could help a dead planet flourish and bloom once more.

The minifigure used to represent this especially heroic character has plenty of authentic details, even if it is missing a certain necklace. It still manages to stand as an appropriate tribute to Chadwick Boseman and an authentic representation of the alternate timeline version of Star-Lord. You can find out more about the rest of the minifigures in 71031 Marvel Studios in our explainer video embedded above.

Alternatively, we’ve got in-depth articles for a selection of the other minifigures in the series with more on the way soon. For a quick look at each minifigure at once, we’ve also got a full review for the entirety of 71031 Marvel Studios for you to dig into. Get ready for the launch of the first Marvel Collectible Minifigures on September 1 with a detailed distribution guide.