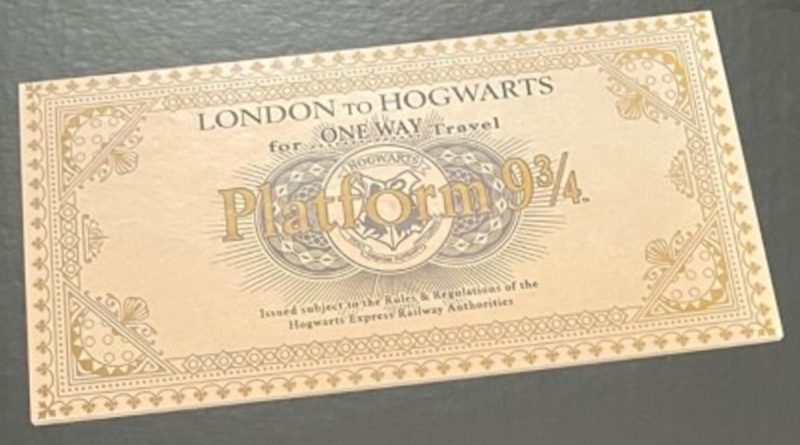 Before 76405 Hogwarts Express Collectors’ Edition was revealed, the previous large 18+ LEGO Harry Potter model was 76391 Hogwarts Icons Collectors’ Edition, which uses the same naming convention as the newer build. That model included a brick-built Hogwarts acceptance letter that you could sign on large tiles.

Thanks to the shipping error that resulted in the reveal of 76405 Hogwarts Express Collectors’ Edition, we have a good look at the sticker sheet included in the set. It doesn’t include the design for the ticket, though the contents image reveals that the unlabelled bag includes an element that, while blurry, appears to match the design of the ticket.

The evidence would suggest that 76405 Hogwarts Express Collector Edition will include a life-sized LEGO ticket for the train, matching the letter that was included in 76391 Hogwarts Icons Collector’s Edition.

Once official details of the model have been announced, we’ll see for sure whether or not a life-sized LEGO prop recreation is included.