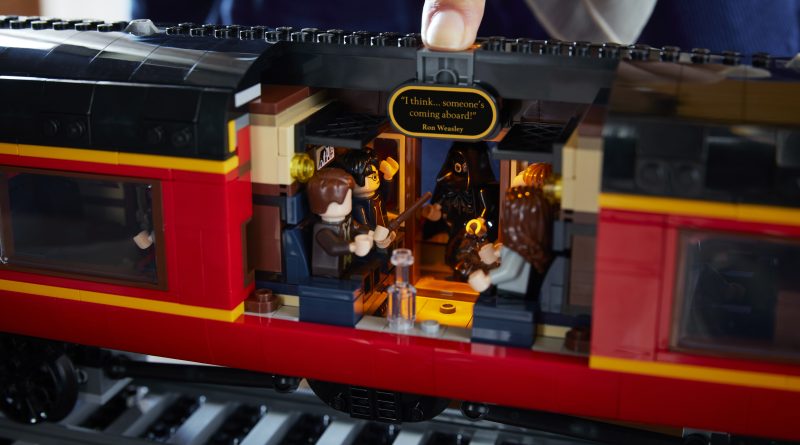 The design team behind the upcoming LEGO 76405 Hogwarts Express Collectors’ Edition has made the most of some very tight spaces.

The recently revealed LEGO Harry Potter 76405 Hogwarts Express Collectors’ Edition is certainly a beast of a build, with the upcoming 5,129-piece set being the largest version of the train released to date. The model is packed with numerous details such as stickered quote tiles, turning wheels, interior lighting and 20 magical minifigures.

However, even with a massive set such as this, it’s clear that the design team behind the model have had to get creative when it came to tight interior spaces. Instagram user pricyplastiproducts has picked up on one such building challenge within the set, thanks to keen-eyed Reddit user, LegendofTovon. After mistakenly being sent the model instead of 10305 Lion Knights’ Castle, LegendofTovon has now begun the mammoth task of making the train.

Images of the construction of 76405 Hogwarts Express Collectors’ Edition reveal that the corridor of the train’s passenger car is only two studs wide. That’s not enough space for minifigures to move down whilst facing forwards, so they’d have to shuffle along sideways. To provide easy access to each carriage there’s a sliding printed glass door panel that fits between the studs on the floor and an extended plate at the top.

To maximise the amount or room in the carriage, the doors slide out of the way along the wall to provide easy access to the areas inside. This effect also mirrors the actual doors which would have been part of the practical movie set itself and similar real-world trains.

LEGO Harry Potter Design Lead Marcos Bessa recently revealed he has moved on to other projects and left the Wizarding World behind. 76405 Hogwarts Express Collectors’ Edition marks his swansong on the theme, with his new role being Design Master at the LEGO Group.