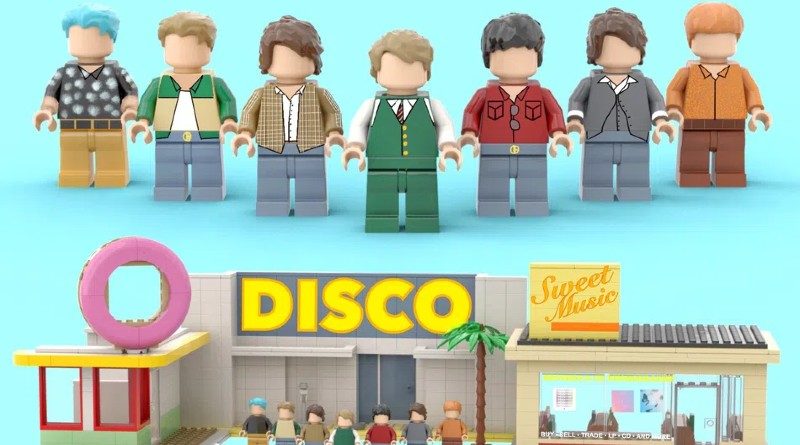 A LEGO Ideas project based on the popular BTS Dynamite music video has reached enough support to be considered for a real set, with the source music video gaining over one billion views.

As a LEGO enthusiast, you might not be too familiar with the work of the South Korean boy band BTS but rest assured, the group is popular. BTS was formed in 2010 and for the best eleven years has been producing hit after hit. One of their most recent tracks is named ‘Dynamite’, the namesake of the LEGO Ideas project.

The build itself is a recreation of one of the sets used in the music video for the song, which you can find below for comparison. City-builders may find some interest in the disco hall façade, donut shop and record store, with each section able to separate into their own individual model.

Minifigures of each bandmate are proposed to be included as well as designed tiles for some of their other albums. The success of this project also means that its creator, JBBrickFanatic is now a member of the 10K club. Should it be approved, it wouldn’t be the first LEGO set based on a band, with 21306 Yellow Submarine based on The Beatles.

Here’s the list of every project so far in the second 2021 LEGO Ideas review: