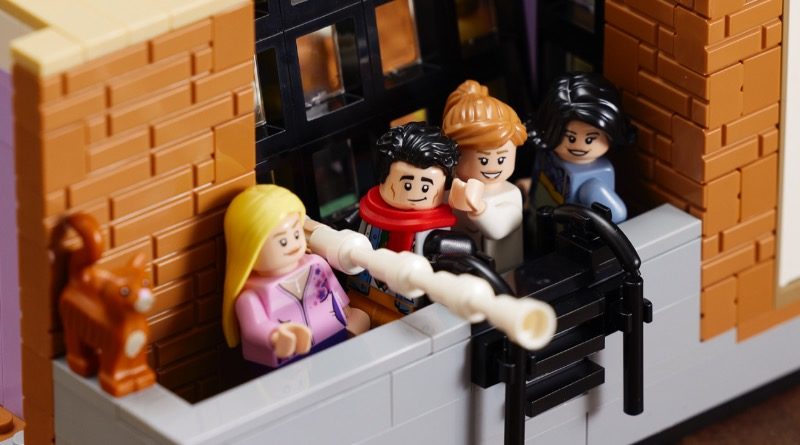 Long before the LEGO Group dedicated a pair of sets to the Friends sitcom, a link was created between the show and the bricks thanks to the mainstream TV debut of BIONICLE.

Even the most dedicated fans of Friends may be unaware of the fact that some classic LEGO models have featured in the backgrounds of the TV show, also potentially bringing BIONICLE to a wider audience in the early years of its release.

Users on the BIONICLE and LEGO subreddits have been recording the appearance of classic BIONICLE sets hidden in iconic Friends locations for years, far ahead of the release of LEGO Ideas 21319 Central Perk and 10292 The Friends Apartments.

Specifically, 8536 Kopaka appeared in an unidentified episode placed on top of a microwave. It may not be an ideal location for the frosty Toa but we assume he’s just glad to be getting some time in the spotlight, maybe to raise awareness for his missing mask.

Another BIONICLE figure was spotted in the eighth season as part of episode 12 where Wairuha, a mix of 8536 Kopaka, 8535 Lewa and 8533 Gali is sporting the missing mask, or maybe the member of the gang with a fondness for BIONICLE gathered a few more Toa to create the combination model.

Whilst this early link between the LEGO Group and Friends likely had little sway in the development of both LEGO Ideas 21319 Central Perk and 10292 The Friends Apartments it’s interesting to know that the two did in fact crossover before the official sets released. You can purchase both from the official online store right now with the newer LEGO for Adults build including a wide variety of references to the sitcom.