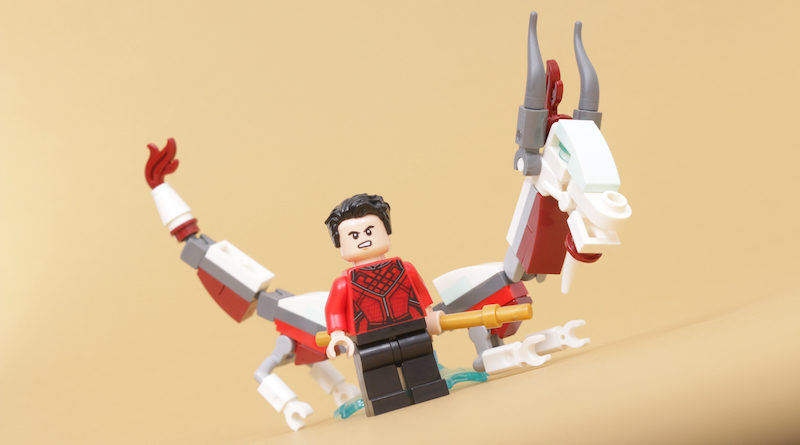 Amongst the LEGO online store’s promotions in August is a rare appearance of a Marvel polybag, delivering a taste of the upcoming Shang-Chi movie ahead of launch.

Shang Chi and the Legend of the Ten Rings will be receiving two new sets very soon but those wanting an immediate selection of builds and minifigures for the movie can grab a free set as part of the August offers.

Any shopper with an order containing Marvel sets totalling $40 or more will receive 30454 Shang-Chi and The Great Protector at no extra cost.

There should be no shortage of models at the start of the month to choose from with the new What if…? builds and 76200 Bro Thor’s New Asgard. Those in the US can make their order thematic with 76176 Escape from The Ten Rings? and 76177 Battle at the Ancient Village? too.

Alternatively, you could wait just one day if you reside in the UK or Europe and score the Shang-Chi polybag alongside the release of both new sets for the movie.

The build itself is a miniature version of 76177 Battle at the Ancient Village depicting the Great Protector’s scaled white body using curved tiles and microscale detailing. An option to position the new Shang-Chi minifigure on top of the dragon is also included, though not quite to scale.

You can read more about the polybag in our review, or find out what other deals await you on the official online store this month.

You can support the work that Brick Fanatics does by purchasing your LEGO Marvel sets through one of our affiliate links.