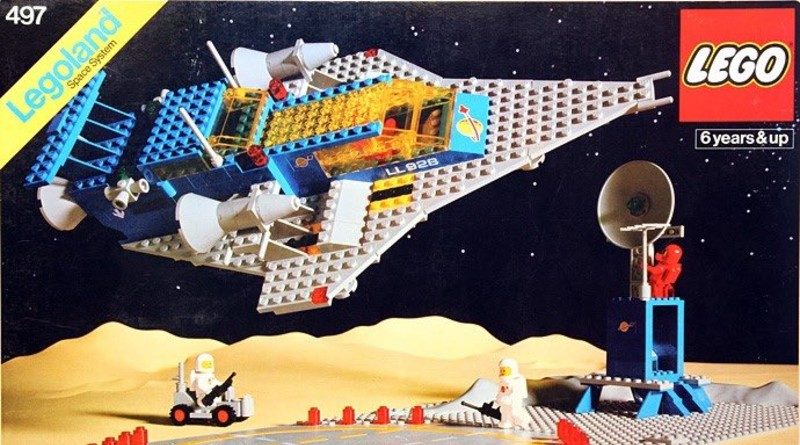 A LEGO designer is providing a fresh perspective on the box art of LEGO sets with a series of hand-drawn works of art from Paradisa to NINJAGO.

LEGO designer George Gilliatt, who recently shared some of the references in 31111 Cyber Drone, started the series earlier this year on Twitter with a recreation of 6067 Guarded Inn’s box. Not only did the designer capture the minifigures and shape of the model, but it was also expanded with a long wall around the side and back of the inn.

Next was a trip to Classic Space with a fan-favourite set. 497 Galaxy explorer was reimagined with a slick, chrome paint job on the wings while keeping the spoilers and wing-mounted engines, not to mention the iconic yellow cockpit. The spacemen from the box are all performing their daily activities from repairing a satellite dish to driving a rover, but an extra astronaut can be spotted in the foreground, clutching a tablet and walkie-talkie.

Those missing out on their holidays will look forward to George’s next piece as LEGO Paradisa becomes an art-based reality. 6411 Sand Dollar Café was up next, with the designer this time choosing to imagine the box art from a different angle. Instead of seeing the café from above, the artwork instead focuses on the set from ground-level. The pink colour scheme has been included of course with the café now resembling an American diner, a perfect place to relax on the beach. Even the parrot can be seen sitting in the tree.

The last in the series so far is a celebration of LEGO NINJAGO, with arguably the most challenging box art yet. 2258 Ninja Ambush was one of the first NINJAGO sets to release in 2011 and focussed on a function that allowed kai to spring forth from a bamboo forest at a passing skeleton. The ambush function is the highlight of the artwork with a wooden plank representing the lever to be pushed down, this time receding into a hole to catapult Kai at the skulkin. The Scythe of Quakes can be seen in the back, its golden hue shining around it.

We can only hope that these works of art are only the first in a long-running series with plenty of other modern and classic LEGO sets to choose from. Another LEGO designer recently recreated some classic LEGO minifigures in some stunning works of art, suggesting that great minds think alike in the LEGO Group.