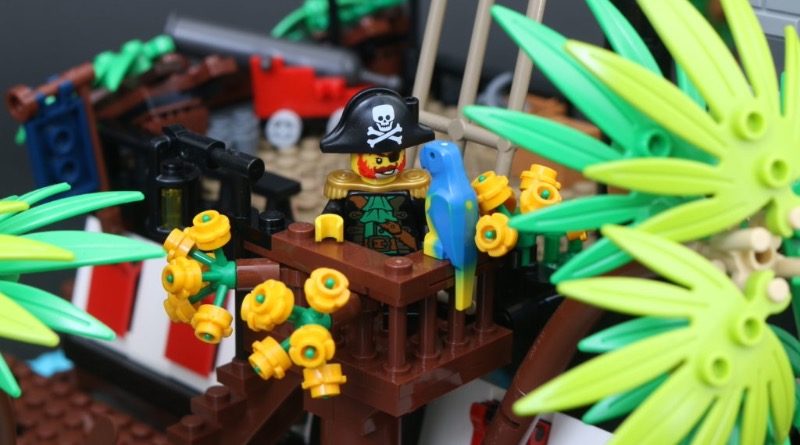 The LEGO Group’s Ideas Design Manager has revealed he modernised a classic LEGO Pirates set to celebrate the launch of 21322 Pirates of Barracuda Bay.

Replying to fellow LEGO designer Justin Ramsden’s photo of three retro LEGO sets, Sam Johnson tweeted that he updated the design of one of them to match last year’s tribute to 6285 Black Seas Barracuda, which he then gifted to the team involved in bringing Pablo Sánchez Jiménez’s Ideas project to life.

The classic set in question is 1994’s 1733 Shipwrecked Pirate, a tiny, 23-piece model of a raft with – you guessed it – a shipwrecked pirate. It captures a surprising number of Pirates hallmarks within that diminutive size, though, from the minifigure’s bandana, eyepatch and sword to the raft’s skull-and-crossbones flag.

While Sam declined to share images of his redesigned model, you only need to look to 21322 Pirates of Barracuda Bay to imagine what he might have come up with. Simply put: a set that pays tribute to the classic Pirates theme while incorporating modern parts and techniques, all within the confines of (roughly) 23 pieces.

That’s probably no easy feat, but given we’ll never see the finished model, we might as well just assume he achieved it.

Oh, and he renamed the minifigure ‘Shipwrecked Sam’. Obvs.