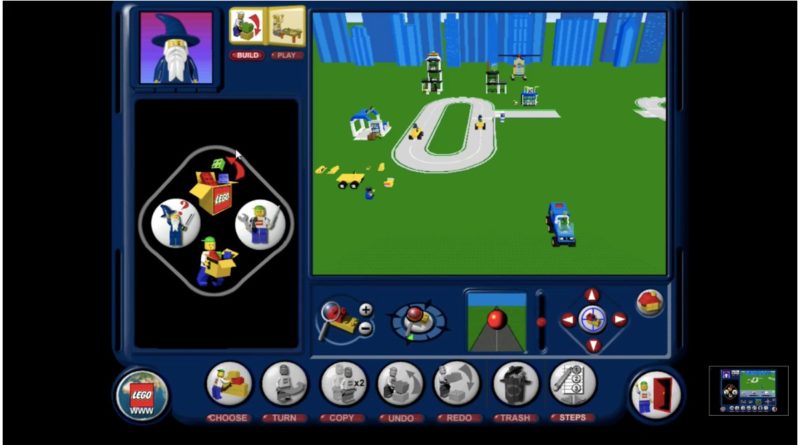 In a recent announcement, the LEGO Group has said they are entering into a long-term partnership with Epic Games to shape the future of the metaverse. The term metaverse has been around for some time now, but it’s still not particularly well-defined. Wired defines it as a broad shift in the way we interact with technology, rather than a specific branch of it.

However, while it’s tempting to think of a metaverse as a Ready Player One-style game, Wired stresses it doesn’t have to be. A conventional game played through a PC, games console or phone could be defined as metaversal, provided it’s persistently available and offers some cross-compatibility with other titles.

While this kind of technology is worlds away from the LEGO Group’s older LEGO titles, we can see some overlaps between this hypothetical metaverse and its older video game efforts. From that perspective, a LEGO-Epic-metaverse team-up isn’t too ludicrous.

LEGO Island wasn’t the first LEGO video game, but it was the first to find a mass audience. The game launched in 1997 on PC and offered an impressive (for its era) open world for us to explore. Players could move around the island, customise its features (and its inhabitants) and even build their own LEGO vehicles to drive. It even spawned a pair of sequels, but these offered far less customisation than the original did.

LEGO Island opened the floodgates to many more LEGO titles at the turn of the century, although not all of these were ‘open-world’. One of the most exciting was LEGO Creator, which released in 1998 and allowed us to build an interactive city. You could, naturally, blow it to smithereens as well. While it suffers from wonky controls and a relatively limited parts selection, it’s an exciting peek at what a LEGO game is capable of.

While TT Games would shift away from this creative, open-world approach to LEGO games, the LEGO Group would explore it elsewhere. LEGO Universe formally launched in 2010 and offered a collaborative MMORPG design. Despite a wider variety of worlds to explore and challenges to tackle, the game was closed for good in early 2012. Jake Theriault told the story of LEGO Universe in extensive detail in a 2020 blog post.

LEGO Worlds – a more recent release – returned LEGO games to their roots, but at this point it was competing with the likes of Minecraft – the gold standard of open-world sandbox gameplay. While LEGO Worlds offered a similar skillset, its open-ended nature arguably worked against it. Minecraft’s Survival Mode (and the limitations it introduced) allowed for more satisfying gameplay overall, which might explain why it’s fallen off our cultural radar.

All of these ideas certainly succeed on their own merits (even if they’re hampered by technical limits or other problems) so a LEGO/Epic teamup makes sense on paper. But it’s not yet clear how much of its own history the LEGO Group will embrace. Will it allow people to embrace LEGO’s creative potential in a virtual space? Or will it take the TT Games approach and reduce it to a unifying aesthetic?

The recent release of games like LEGO Builder’s Journey offer some hope for more outside-the-box thinking. These use LEGO in more stylised manners that capture the tactility of the bricks themselves, and are more ‘LEGO-y’ than a lot of recent LEGO titles. As such, it’s to be hoped that any LEGO metaverse experience leans into creative possibilities – or at least captures something of what makes LEGO special to begin with.

As this cursory look at the past shows, there’s certainly a lot of potential to build upon.