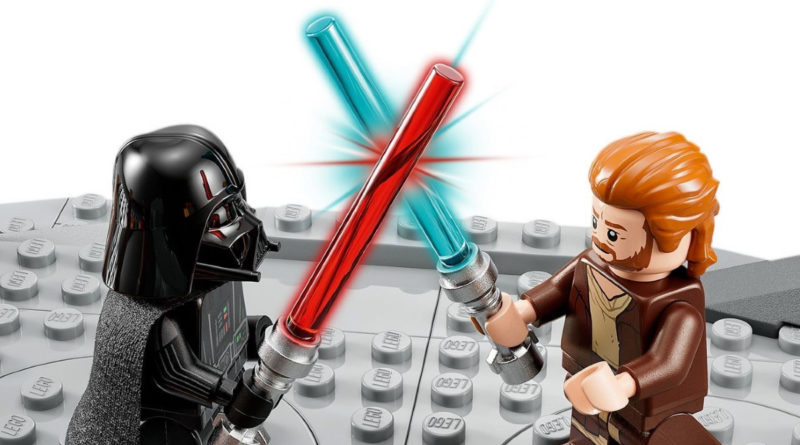 Obi-Wan Kenobi is a new Disney+ limited series, focusing on the adventures of Obi-Wan before Star Wars Episode IV. The show brings back a few familiar faces from the Star Wars universe, including (spoilers, we guess) Darth Vader, with James Earl Jones and Hayden Christiansen reprising their roles for the show.

The show has already inspired several LEGO sets, with the latest one (75334 Obi-Wan Kenobi vs. Darth Vader) taking inspiration from the show’s third episode. The set recreates a dramatic showdown between Kenobi and Vader on the planet Mapuzo. Supporting characters Tala Durith and NED-B can also be found here, with the latter character using an impressive new torso piece.

However, the set itself – a stretch of rocky terrain – is proving divisive. While it contains various hidden play features (like rotating sections and an interactive mining cart) some LEGO fans seem to feel it’s poor value for money – or an odd choice of subject matter.

Other LEGO fans are expressing their opinion of the set in (shall we say) a more creative manner:

However you feel about it, 75334 Obi-Wan Kenobi vs. Darth Vader is the cheapest way to get a LEGO Obi-Wan from this specific era. Its exclusive characters may also prove a draw, as it’s possible this will be their only appearance in LEGO form. Add in the various play features, and this is a better set than initial impressions would suggest.

If you’re interesting in picking this set up, you can now pre-order 75334 Obi-Wan Kenobi vs. Darth Vader (and the other new LEGO Star Wars sets) from Zavvi.