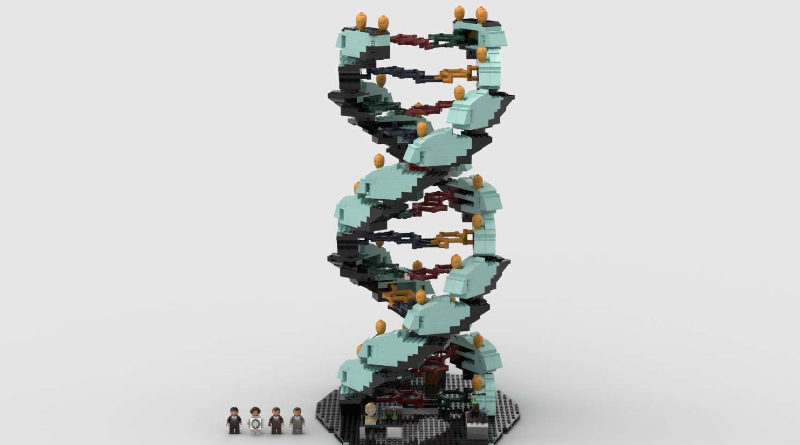 A university student has designed a LEGO DNA set using the knowledge from his learnings, that could one day be a real set.

LEGO fans are a creative sort, always impressing with builds big and small. However, some fans can go that extra mile and incorporate part of their lives into their models. One LEGO fan has done just that, with a scientifically accurate DNA model.

Daniel Khosravinia, a former University of Bradford student created the structure, which features a giant LEGO DNA strand, two science labs and four minifigures of the scientists credited with discovering the DNA structure we know today.

Daniel was able to integrate his education into the build, with him studying biomedical science at the University of Bradford before transferring to King’s College London, where he then graduated with a first. Now he’s uploaded the build to LEGO Ideas.

The build proposes a full turn of a DNA strand with sugar-phosphate backbone is positioned on the outside of the helices and hydrogen bonds in-between. The science-inclined fans can learn more about the specific elements of the build on the product idea page.

Four minifigures of Rosalind Franklin, James Watson, Maurice Wilkins, and Francis Crick are suggested as being included in the project on diorama laboratories at the base. The dioramas are based on the Franklin-Wilkins lab and the Watson-Crick lab and contain instruments such as replicas of camera microscopes used to take DNA sample images, like the famous Photo 51, which is also included in the project.

Daniel’s build currently sits at just over 6,700 supporters on LEGO Ideas, which has seen science-based projects realised before with 21312 Women of NASA.