Brick Fanatics is the website dedicated to all things LEGO, bringing you the latest news and reviews, as well as the best features and builds from the LEGO community. Brick Fanatics is owned and managed by Tiro Media Ltd.

The team behind the website are all Brick Fanatics themselves, each bringing expertise about a different area of the LEGO hobby. 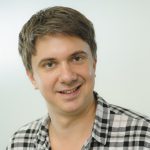 Graham Hancock – Editor and LUG Ambassador
I am a life-long LEGO fan, with formative memories of building and playing LEGO Pirates across the living room floor. As an experienced writer, I have contributed to various websites about niche hobbies, the toy industry and of course, more than anything else, LEGO. Since March 2015 I have been part of the team behind Blocks magazine, where I am currently the Deputy Editor.

If you would like to get involved with Brick Fanatics, as a builder, writer or photographer — then please get in touch at [email protected]. 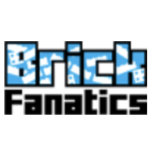 Luc Byard
I’ve been a LEGO builder as long as I can remember. My LEGO motto is ‘From imagination to creation’ and I’m a hardcore MOCer through and through. That doesn’t mean I don’t like getting sets though, not only do they look great and give you exciting new bricks, they teach you great techniques too. When I’m not building for me, I’m playing and creating with my daughter, which ensures I never lose the fun.

Sébastien Daniell
As a child, LEGO was always my favourite toy and now as an adult it appears nothing has changed. I emerged from my dark ages in 2011 after rediscovering my old sets in my parents’ attic and haven’t looked back since. I’m a big fan of the licensed themes particularly, DC/Marvel Super Heroes and Lord of the Rings, though Creator Expert provides a challenging and technical build I’m rather fond of.

Keith D’Souza
I am currently an expat living out in Basel, Switzerland, but have a firm footing back in the UK when time permits. I have had LEGO ever since I can remember — and only since my wee one came along have I re-kindled the flame for building again. Over the last decade I have been actively involved in diecast forums under the name of keefyd and I run matchbox1-75.co.uk, a resource site for the 1-75 series of miniatures by Matchbox.

Richard Hayes, Founder
Regulars will know this site has gone from being a personal blog called Bricks and Books to one of the largest LEGO fan sites in the UK and beyond. For the past few years, this site has been at the forefront of the LEGO news scene. As the site has grown, my own athletics career has taken off, to the point I’m now a sponsored athlete and have already taken part in races to represent my country.

Daniel Konstanski
When I was three years old my dad bought home 6659 TV Camera Crew as a gift — he had no idea what he had just unleashed. Three decades and no dark age later, I am still going strong. My love of LEGO led me to a career in Civil Engineering and I am now raising three budding LEGO lovers with my lovely wife. When not writing for Brick Fanatics or fulfilling my duties as U.S. Editor at Blocks magazine, I enjoy collecting, MOCing, exhibiting, as well as running, climbing and home improvement.

Nick Sweetman
I love anything and everything about LEGO. As I child I collected the Space theme, which at the age of 11 I stupidly sold to fund ‘more grown up things’ — whatever they were I can’t remember. That then was the start of my dark age which lasted up until a visit to LEGOLAND with my then five year old son. Some years later I’m still loving the brick and create anything from medieval banqueting halls to 1950s Record Stores. 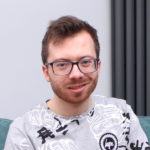 Chris Wharfe
I like to think of myself as a journalist first, LEGO fan second, but we all know that’s not really the case. Journalism does run through my veins, though, like some kind of weird literary blood – the sort that will no doubt one day lead to a stress-induced heart malfunction. It’s like smoking, only worse. Thankfully, I get to write about LEGO until then. I’m also News Editor for Blocks magazine, and dabble in content strategy, writing and PR for a few non-LEGO platforms.

Former Fanatics
Richard Hayes founded Brick Fanatics in 2010, before cementing its place over the years within the LEGO online world with a reputation for quality news coverage. There are many talented writers and Brick Fanatics to have passed through the website’s doors, including Adam White, who served as Deputy Editor with a particular focus on gaming news.