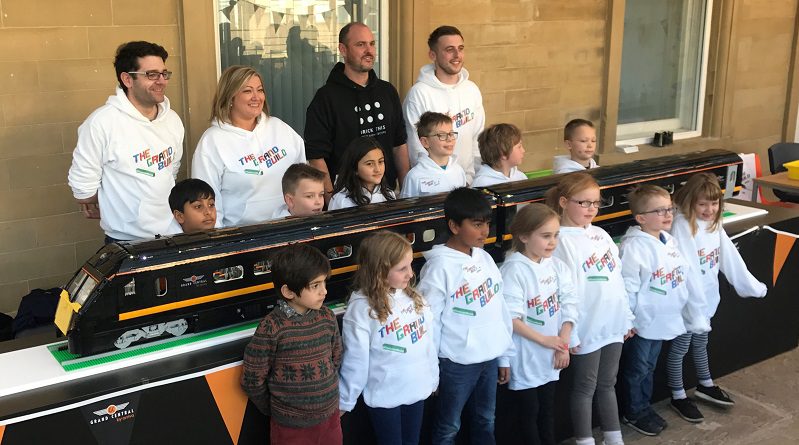 A group of 60 children took part in a challenge to build a Grand Central Adelante train using LEGO bricks at 1:10 scale.

LEGO builder Steve Mayes worked with 60 children in West Yorkshire, UK to guide them to build a 1:10 scale replica of one of Grand Central’s Adelante trains. The children, ages up to 13 years old, completed the challenge at Eureka! The National Children’s Museum in Halifax. Fittingly, the museum overlooks the train station.

Each child completed a section of the train, which were then attached to create the finished build – a four metre long model that is 30cm high. In total, 30,000 bricks were used.

Grand Central is a rail operator that is part of the Arriva group. “We are delighted that our Adelante trains have been recreated in LEGO as part of Steve’s biggest challenge yet,” said Noreen Allen, Marketing & Communications Manager at Grand Central. “It is thrilling to join the likes of the Westminster Abbey, Eiffel Tower and other world famous landmarks which have had this unique honour. 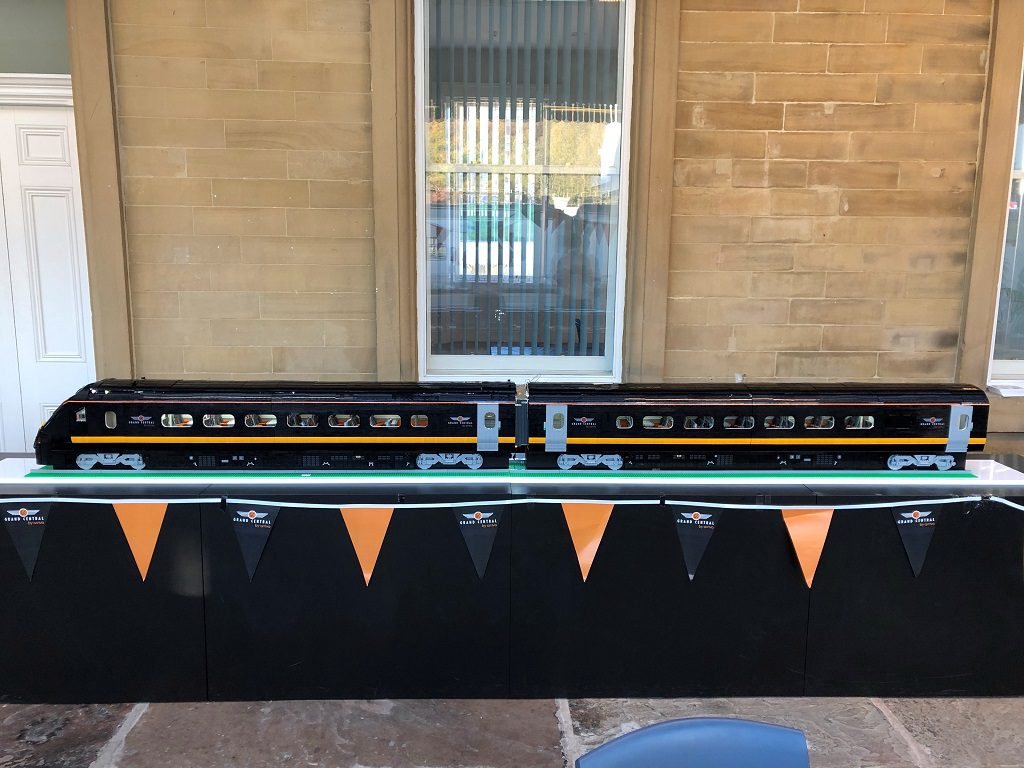 “LEGO is more popular than ever, and a real icon in itself. Our event gave youngsters the chance to get involved and play their part in immortalising our Adelante trains and capturing all the details of the interior and exterior carriages.”

“With the help of my Master Builders over the three day challenge, we created an accurate and highly detailed model, utilising some advanced LEGO building techniques that everyone was able to enjoy,” said Steve, the LEGO builder leading the project. “Free play during events such as this are a great way for children to explore and learn about the world around them. By sparking their imaginations and engaging them in play children can experience and understand how things work, recognise what they are capable of and interact with other people. It is both a fun and educational experience which children can share with their families.”