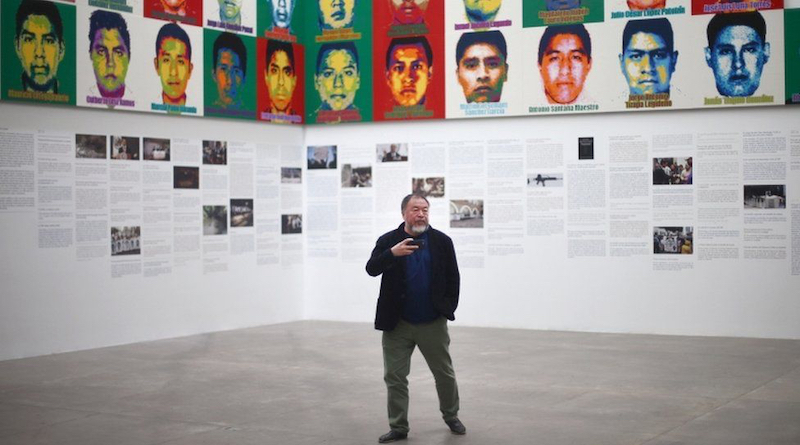 High profile Chinese artist Ai Weiwei has once more turned to LEGO bricks as the medium for his latest work.

The political activist, who specialises in sculpture, installation, film and photography, has a particular history with LEGO, for his use of it in politically-charged work, and a past clash with the Danish company that led to their change in bulk buy policy.

Now Weiwei’s latest creation has been revealed and once more makes use of what the artist describes as ‘the easiest language’ with which to create his images.

Using an approximate one million LEGO bricks, he has created a series of portraits of Mexican students reportedly massacred in 2014. As the BBC report, the portraits, on show from today in Mexico City, ‘depict the faces of the 43 Ayotzinapa Rural Teachers’ College pupils who were kidnapped and disappeared in Iguala, Mexico’.

Weiwei commented to Reuters that crime is ‘poisioning our society’, whilst describing the use of LEGO for his work as ‘democratic’.