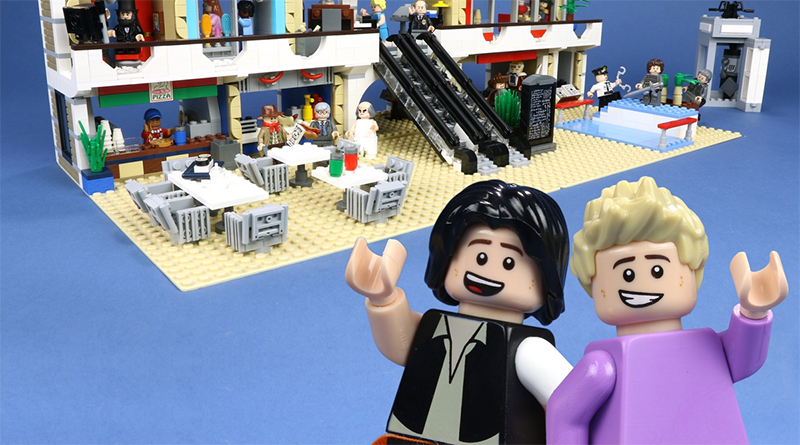 Every now and again, an IP (intellectual property) inspired LEGO Ideas concept gets a boost from someone who was involved in the original film, game or television show. On Twitter, Alex Winter has thrown his support behind a project based on Bill & Ted’s Excellent Adventure:

The 1989 film saw Winter play Bill S Preston, Esq alongside Keanu reeves as Ted “Theodore” Logan, as they travelled through time to complete their school history presentation. Later this year, the pair will reprise their roles for Bill & Ted Face the Music.

Paganomation’s build represents San Dimas Mall from the original film, packed with authentic features including the time-travelling phone booth. “My goal was to find a happy medium between the character-based intimacy of the #21302 Big Bang Theory Ideas set and the vignette-based size of the #75827 Ghostbusters Firehouse Headquarters,” the builder explains.

Another three LEGO Ideas sets are on the way later this year – the Playable Piano, Sesame Street and the Pirate Bay, with two more recently confirmed for production – Winnie the Pooh and Medieval Blacksmith.