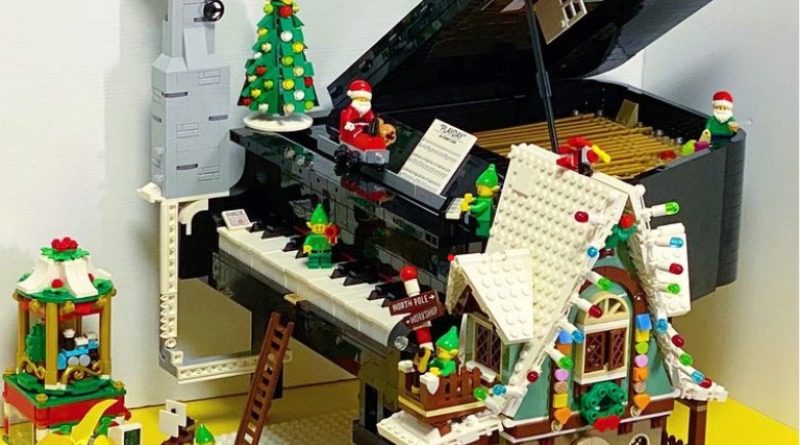 Someone out there is clearly right at the top of the nice list, as Santa’s elves look to be pulling out all the stops. Despite their small size, the elves have produced an enormous piano, significantly larger than the building they are making it in.

The build shows off the impressive scale of 21323 Grand Piano. Even perched on top of a customised snow drift, the elves’ house barely reaches the apex of the piano. This is perhaps not surprising given the whopping 3,662 pieces the standard Grand Piano set contains.

As the piano has grown under the care of the elves, it looks to have taken the Club House’s chimney clean off. However, this doesn’t appear to be causing the elves any distress. Instead, they have utilised the piano’s open lid as a handy launch pad for the flying reindeer and sleighs.

At that size it is clear the piano is not destined for a minifigure’s little stocking. Perhaps a particularly well-behaved giant is about to become a musical maestro after waking up to their presents on Christmas morning.

21323 Grand Piano and 10275 Elf Club House will almost certainly be turning up in a lot of real-life stockings this Christmas. The former is currently sold out at LEGO.com, while the latter is on back order, so they must have been high on a lot of people’s shopping lists.

The 21323 Grand Piano set has recently been given a pre-Christmas tuning. An update to the LEGO Powered Up app provides a selection of new songs for the piano to play along to.