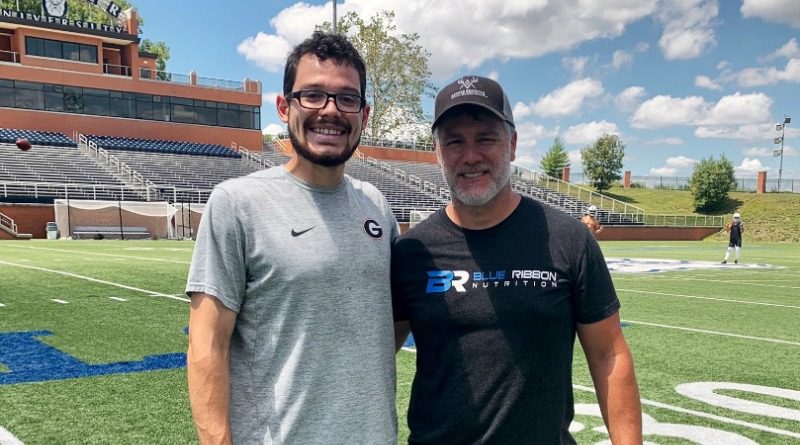 Indianapolis Colts rookie kicker Rodrigo Blankenship has revealed he deals with the pressure of professional sports by building LEGO sets.

“You think as a kid it would be so cool to go into that thing – whether it’s a spaceship or a type of a car – or to be able to see that thing, even if it’s not real,” Blankenship said. “That sticks with you. When you’re older, you still have that spark of your inner child that has an affinity for those things, so you’re like, ‘Oh man, I could have that.’

“One of the other things is, they are a challenge. There are some sets that are a little easier to put together, but the bigger sets that have 1,000 or 2,000 pieces are a fun challenge to put together. They have interesting techniques to try and recreate those things.”

For Blankenship, building LEGO sets has not only provided a creative outlet throughout the coronavirus pandemic, but also allowed him to handle the pressure that comes with his athletic career. In fact, he was even assembling a LEGO model when he found out the Colts had signed him.

In a tale that will resonate with many young 20-somethings, most of the athlete’s childhood LEGO is still filling up his parents’ house. Alongside hundreds of Transformers figures, Pokemon cards and Hot Wheels cars, Blankenship’s toy collection includes classic LEGO Star Wars sets like 7675 AT-TE, 7964 Republic Frigate and 8098 Clone Turbo Tank. And it’s a pile he’s been adding to since he was just 10 years old.

“He was a natural-born collector,” his father Ken Blankenship said. “I’d say 95% of everything he’s collected is in our house still. Our house needs to lose some weight at some point. Hopefully it’ll end up in his man cave one of these days.”

Blankenship admitted that not many professional athletes still harbour a love of LEGO, but said it’s perhaps more common than you might assume. “I don’t know about too many other football players who’d just come out and willingly say this,” Blankenship said. “Now, maybe some do, but they just don’t wanna talk about it.”