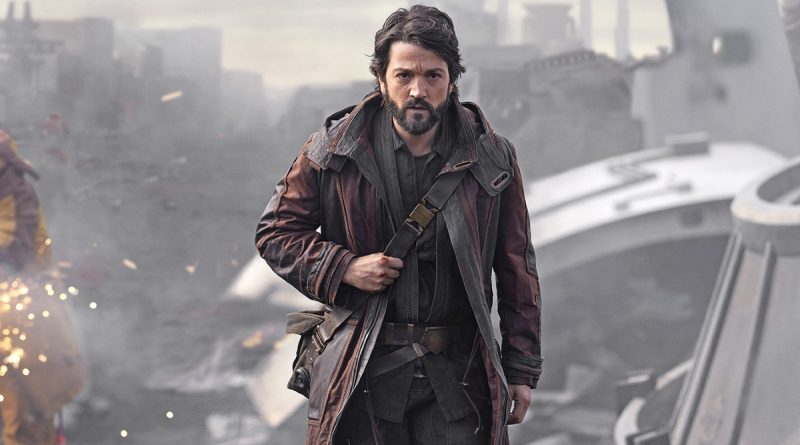 The first reactions to Andor are beginning to land online, and they paint a picture of a ‘very different’ Star Wars TV show that goes ‘beyond nostalgia’.

Debuting on Disney+ next week, the latest Star Wars TV series is a spin-off of a spin-off, filling in the life and times of Cassian Andor prior to the events of Rogue One. Diego Luna is back in the starring role, and will portray the series’ eponymous rebel-leader-in-waiting throughout the first season’s 12 episodes.

The rest of us will have to wait until September 21 to take in the show’s first three episodes, but press have already been given access to all those (and one more). The embargo on social media reviews has now lifted, and the first reactions are online. Together, they create an impression of a show that’s markedly different from Disney’s previous nostalgia-heavy and cameo-driven live action shows.

Film critic Stephen Libbey calls Andor a ‘slow-burn character drama’, for example, praising how it follows in the footsteps of Rogue One by distinguishing itself from the wider Star Wars pantheon. Collider’s Maggie Lovitt says it’s ‘unlike any Star Wars story that we’ve ever seen before’, throwing around words like ‘gritty’, ‘mature’ and ‘intelligent’.

Perhaps even more promisingly for those Star Wars fans burned out by Disney’s focus on what’s come before, writer and podcaster Joanna Robinson draws attention to the show’s ‘utter LACK of Easter eggs’. “I appreciated this about Andor,” adds Darren Mooney. “Not to get too spoilery, but there’s a reading of the show that’s like, ‘So, why should you care about Star Wars?’ And, for the first time since December 2017, the franchise earnestly and thoughtfully tries to find an answer beyond ‘nostalgia’.”

Here’s a quick snapshot of some of the other reactions to Andor so far:

First reactions aren’t famously reliable, of course, but it’s safe to say the hype machine for Star Wars: Andor is fully armed and operational. You’ll be able to make up your own mind on the series when the first three episodes arrive on Disney+ on September 21. If you want to build some LEGO while watching, 75338 Ambush on Ferrix is available now. Check out our review here.