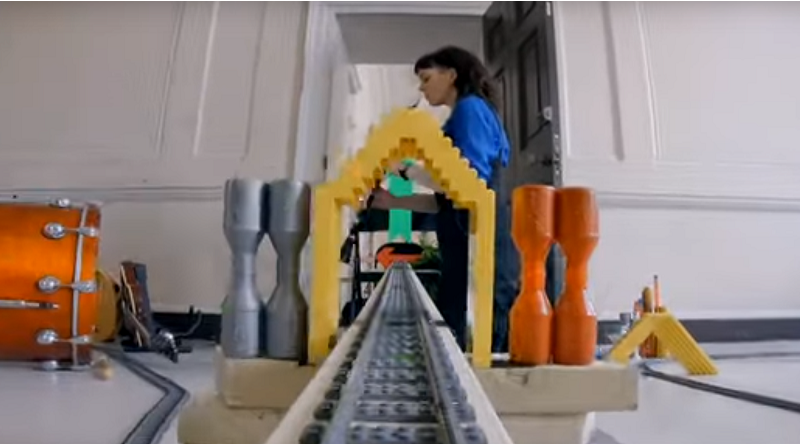 Composer and performer Anna Meredith has added a LEGO touch to her latest music video.

Anna Meredith, the experimental composer and performer, has announced her new album FIBS and shared its first single, Paramour. The video for the new track is what will draw the attention of LEGO fans, who will enjoy the inclusion of a LEGO train that travels around the room while Anna and the band perform.

With a camera attached to the LEGO train, brick built letters can be spotted as can other household items, including plants and decorations, that are seen from the train’s unique vantage point. This layout certainly needed a lot of track and will surely make some LEGO afficiandos envious. What really makes this unique though is the band continuing to play as the train whizzes by.

Ed Sheeran currently stands as the best-known high profile artist who is also a LEGO fan, outed thanks to his song LEGO House – which actually barely mentions the brick in its lyrics.

The album, FIBS, will be released on October 25. Anna Meredith will be touring in August 2019 and February 2020. 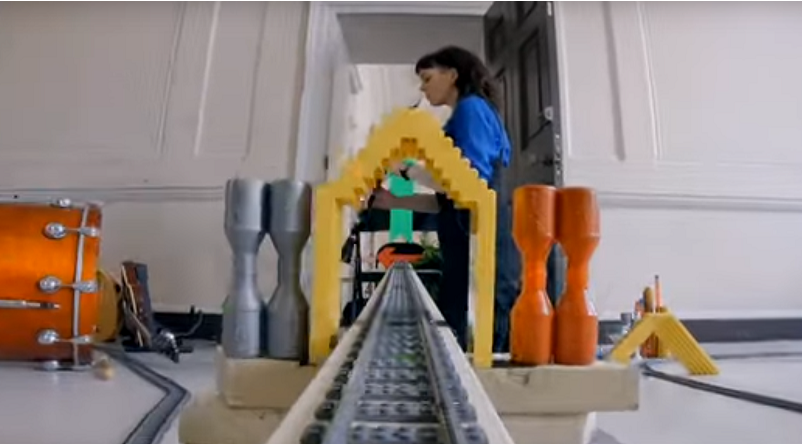