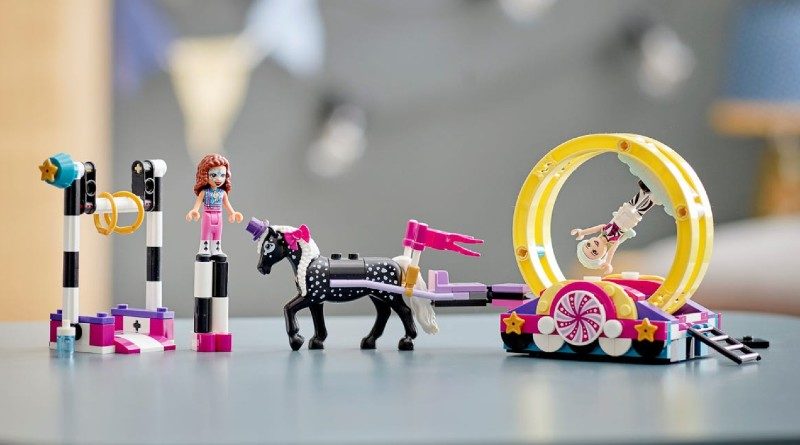 The official online store has listed the full range of LEGO Friends summer sets with details of their release dates, including one that was previously unknown.

41686 Magical Acrobatics has been revealed on LEGO.com alongside an official unveiling for the rest of the Friends summer range. The 223-piece set includes two main models that both focus on their spinning play features.

The horse-drawn cart uses the large circular element to rotate mini-dolls around whilst the carriage moves forwards while the other stand rapidly spins mini-dolls around as they clutch to a pair of rings. Either way, your characters will need to hold on tight.

Olivia is included alongside a new character named Stella, but both are sporting outfits not seen before in the theme, such as a stylish printed mask.

The set fits into the new subtheme which focuses on the team visiting a magical funfair with rides, experiences and plenty of magic tricks abound. You can check out the rest of the range here and here.