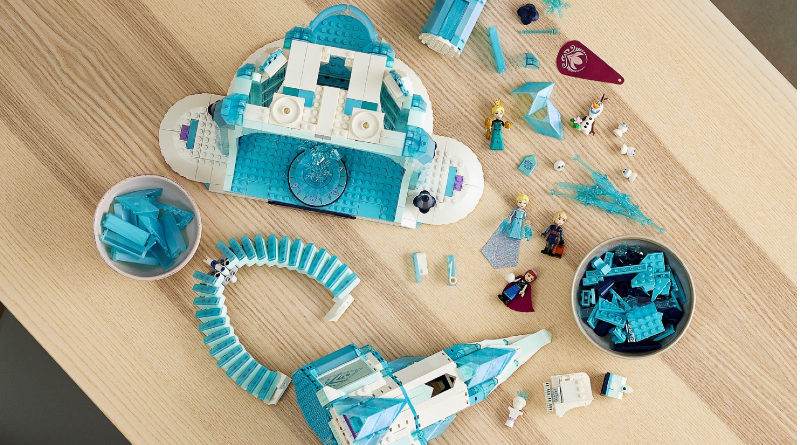 Frozen fans looking for a new huge LEGO Disney set can rejoice as 43197 The Ice Castle has released on the official online store complete with plenty of Easter eggs.

The LEGO Group is taking their collection of Frozen models to the next level as by far the biggest set for both the movie and the mini doll figures yet is now available. 43197 The Ice Castle depicts the cold creation born from the ‘Let It Go’ song in just over 1,700 pieces as a build for builders young and old.

For older fans of the movie, 43197 The Ice Castle makes for an eye-catching display piece with an open back, expanding the set’s play possibilities too. The designers have taken care to include a variety of references to the franchise, some of which only the most devoted of builders might recongise.

These include a small build for Elsa’s plush puffin Sir Jorgenbjorgen as well as a model of her home castle in Arendelle. We won’t spoil all of the Easter eggs within the set but the bottom floor of the castle recreates the ice stairway from the movie as well as the hanging chandelier.

LEGO Disney 43197 The Ice Castle is available now from the official online store and might pair well with another enormous Disney model – 71040 The Disney Castle. There are a few other Frozen sets out this year too, in case you’re looking for something a little less expensive.