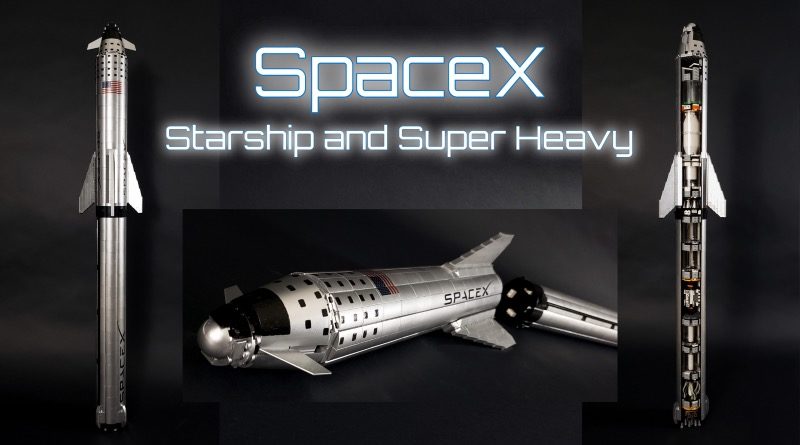 We could probably have told you that from the first, second, third or fourth SpaceX projects to hit 10,000 votes and advance to the review stage, but each and every one of those models has fallen at the final hurdle – for reasons we can only really guess at.

Is it that LEGO Ideas already has one hugely successful rocket in 92176 NASA Apollo Saturn V (so successful, in fact, they released it twice)? Or could it be that Musk’s company has refused to work with the LEGO Group, despite clear demand from fans?

Either way, those ardent aficionados of space travel will get another shot at seeing SpaceX represented in an official set thanks to haymaw99’s SpaceX Starship and Super Heavy (BFR), which has just reached 10,000 votes on LEGO Ideas, and will now advance to the first 2021 review.

The builder who submitted the idea is one half of the duo responsible for SpaceX Falcon Heavy, which was rejected in the first 2018 review. After seeing that project passed over, haymaw99 and his brother khehmeyer set to work on a brand new SpaceX-themed model, which they published to the platform on January 28, 2019.

The project clinched its 10,000th vote just over three weeks before it would have expired, so the brothers will no doubt be relieved. The LEGO Ideas team will now consider whether to finally produce a SpaceX model – even if all those beautiful silver pieces are inevitably swapped out – along with 33 other projects in an incredibly packed review. Here’s the full list of ideas in this round:

SpaceX Starship and Super Heavy (BFR)
Steampunk Airship
VIA Rail Canada – The Canadian
Marine Life
A Map of Middle-earth
My LEGO Totoro
Jazz Quartet
The Trulli of Alberobello
The Polar Express
Train Bookends
The Nightmare Before Christmas
The King’s Castle
The Sewing Workshop
Forth Bridge
A Nice Day at the Farm
The Castle of Brickwood Forest
Baba Yaga
Claus Toys
Animal Crossing: New Horizons Paradise
NASA’s SLS & Artemis
LEGO bookends
Metroid: Samus Aran’s Gunship
Hyrule Castle (The Legend of Zelda)
The Karate Kid “Wax On, Wax Off”
Scania Next Generation S730
4½-Litre 1927-31 Bentley ‘Blower’
Asterix and Obelix
The Simpsons – The Krusty Burger
The House of Chocolate
The X-Files: I Want to Believe
Castle of Lord Afol and the Black Knights
Among Us: The Skeld Detailed Map
The Office
The Shire

We’re now just two projects away from breaking the record set in 2020’s second review, and there’s still more than two months to go in the current qualifying window…