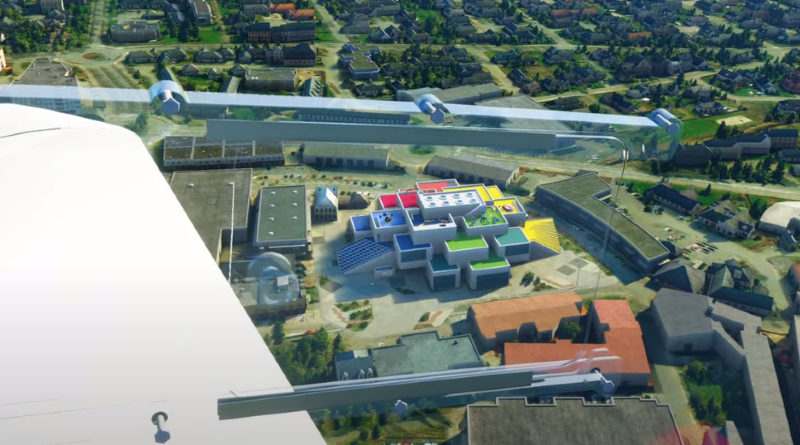 Forza Horizon 4 isn’t the only Xbox exclusive game to feature the famous bricks anymore as the LEGO group cameos in a new update.

Following the release of the LEGO Speed Champions DLC in 2019, Xbox is paying homage to the LEGO Group once again in one of their latest releases as the home of LEGO soars to new, digital heights.

Microsoft Flight Simulator’s most recent update will redesign part of the in-game globe to include more detailed destinations from across Europe’s Nordic countries, including the birthplace of the LEGO Group – Denmark. The LEGO House can be seen early in the below trailer as a 3D model as well as the surrounding town of Billund.

Just like in real life, the digital version of the tourist attraction features distinct bright colours and brick shaping that sets it apart from the rest of the surrounding buildings. The play areas featured at the actual destination can be seen too, which will hopefully make it easier to spot whilst flying.

Also rendered nearby is a portion of the LEGO Campus but unfortunately, we can’t quite see if the other parts of the HQ are included in-game. The fifth world update for Microsoft Flight Simulator is available to download now.

Meanwhile, the physical LEGO House is offering some virtual tours for builders unable to visit in person and will be home to the world’s largest brick-built football for a limited time.