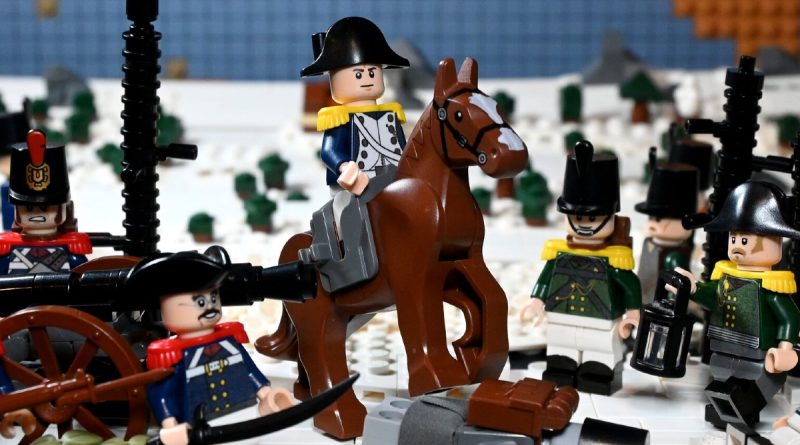 In today’s edition of stories you probably never thought you’d read, Arctic Monkeys’ frontman Alex Turner has explained his pitch for a LEGO Napoleon movie on the band’s latest album.

The British four-piece’s newest record The Car debuted on October 21, and nestled among its frequently opaque lyrics is an equally-mysterious reference to LEGO. The eighth track, Hello You, begins: “LEGO Napoleon movie, written in noble gas-filled glass tubes, underlined in sparks / I’ll admit it’s elaborate for a waking thought.”

Elaborate is one word for it. Another might be ‘impenetrable’ – but the band’s frontman Alex Turner has now explained the thought process behind the lyric to Radio X, deconstructing his vision for a LEGO movie based on the life and times of 18th-century French emperor Napoleon Bonaparte.

“Well, there’s [LEGO Star Wars] and LEGO Batman…” Turner told Radio X. “I was imagining those guys taking the Napoleon script that Stanley Kubrick never made. I think it was maybe something like that – they gave it to the LEGO guys.”

While in post-production on 2001: A Space Odyssey, legendary film director Kubrick began working on a biopic of Napoleon, which he envisioned would become ‘the best movie ever made’. He penned a script, scouted locations and even recruited the Romanian People’s Army to help film the epic battle scenes – but a perfect cocktail of prohibitive costs, the success of 1968’s War and Peace film and the failure of a similar Napoleon-themed picture all put a halt to Kubrick’s plans.

The film never made it to screens, though the script was adapted for a play in 2018. According to Turner, Hello You’s pitch for a LEGO version is simply part of the album’s wider commentary on the songwriting process.

“I suppose in the past you would have left out anything that felt like it was on the outskirts of being about the creative process… and probably wasn’t welcome in the lyrics of the song,” he added. “I guess there’s a reference to the idea of having ideas in that moment.”

“Now that you’ve mentioned it, you’ve put an idea out into the world, and it seems like a good one to me,” replied Radio X host John Kennedy.

LEGO, Arctic Monkeys and Stanley Kubrick: not the likeliest Venn diagram. The Car is out now. Kubrick’s Napoleon… isn’t. A LEGO Napoleon movie? Well, don’t count on it.