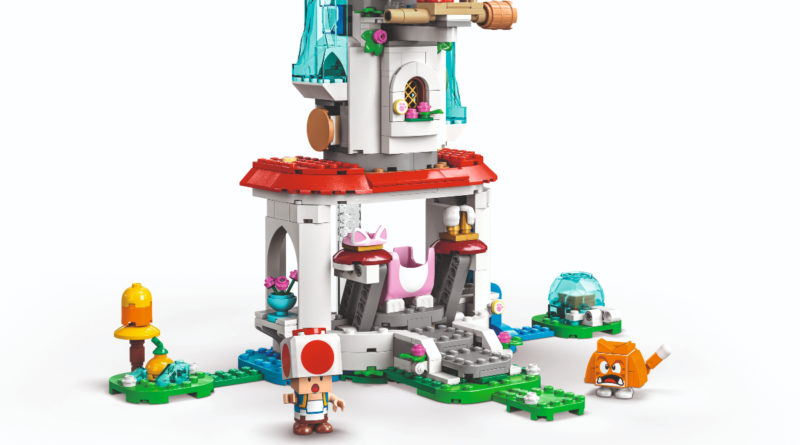 The latest waves of LEGO Super Mario seem to have phased out Power-Up Packs in favour of suits in sets, hinting that they may be gone for good.

As mentioned in our review of 71373 Builder Mario Power-Up Pack, the smallest category of LEGO Super Mario sets released so far – apart from the individually blind-bagged characters – didn’t present the best value with only two small modules offered to expand your courses and a costume for Mario or Luigi.

While it’s difficult to say whether or not they sold well by themselves, the two most recent waves of LEGO Super Mario – including one based on Luigi’s Mansion and another coming later this year introducing Princess Peach as a figure – both include no such Power-Up Packs, instead featuring the suit in larger models.

71397 Luigi’s Mansion Lab and Poltergust included the Poltergust on a display stand that could hold additional tools for the suit and 71407 Cat Peach Suit and Frozen Tower takes that idea one step further by integrating the costume display into the tower structure.

Both builds are a possible example of the LEGO Super Mario design team’s changed attitude towards the value of Power-Ups. However, a new type of small set might have taken their place.

Whether or not this is a sign that Power-Up Packs are being phased out of LEGO Super Mario has not been confirmed, but we’ve still got a few more suits that we want to see in the theme.

You can take a closer look at the upcoming LEGO Super Mario summer 2022 sets in our initial report as well as watch our video reaction to the Princess Peach figure.