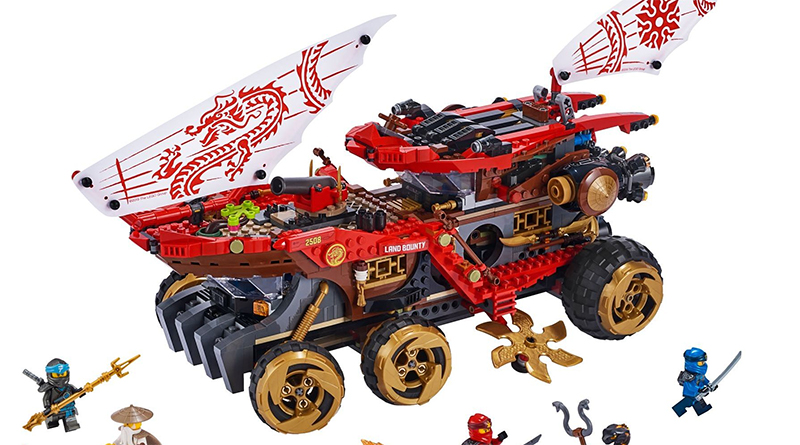 Argos has slashed prices on dozens of LEGO sets by up to 70% as it announces its first wave of store closures.

Sainsbury’s – which acquired Argos in a £1.4 billion takeover in 2016 – has announced that ‘any standalone Argos store which has not reopened since March will remain closed permanently’. Those 120 stores will be the first casualties in a much wider scaling back of the company’s standalone stores, with another 300 set to close by March 2024.

The brand isn’t going anywhere, though: over the same period, 150 new Argos stores and 150-200 Argos collection points will open within Sainsbury’s supermarkets. By the end of that process, every single Sainsbury’s store will house either a fully-fledged Argos or a collection point.

J Sainsbury chief executive Simon Roberts said in a statement: “Argos sales have been strong over the past six months and we have gained almost two million new customers as people have re-connected with Argos. Over the next three years we will make Argos a simpler, more efficient and more profitable business while still offering customers great convenience and value and improving availability.”

The news that 120 Argos stores will never re-open their doors may have triggered the company’s latest knockdown in LEGO prices. At some point last night, the Argos website discounted dozens of LEGO sets, including 50% off LEGO Art 31200 Star Wars The Sith, Batman 76160 Mobile Bat Base and DC Super Heroes 76157 Wonder Woman vs. Cheetah. NINJAGO 70677 Land Bounty, meanwhile, is currently marked down to £36 – a whopping 70% off its retail price.

Pretty much every set is already out of stock, though, aside from a handful available for collection in disparate stores across the UK. It’s worth browsing the full list to try your luck – just go in with low expectations.