In the second of two LEGO Toy Story builds, the Army Men have discovered something that has piqued their curiosity…

7595 Army Men on Patrol was released in 2010 as part of the LEGO Toy Story theme. I’ve always had an affection for the green army men in Toy Story and this set captures them beautifully. Creating something based on this set has been on my list of things to do for a while as I wanted to capture their adventures outside of those with Buzz and Woody.

The squadron are on patrol in unfamiliar territory. As they make their way through the varied flora and fauna they catch site of a mysterious crate that warrants further investigation. On closer inspection, it seems safe enough to approach and study further – Sarge directs the team while the medic looks on attentively, ready to speed to his colleagues’ aid should it be necessary.

I wanted to build a MOC with a lot of texture contrasted by a monolithic crate – influenced a little by the opening sequence of 2001: A Space Odyssey but with army men rather than ape-like early man. My favourite element to this build is the plant life, particularly the use of Zombie Cheerleader pom-poms to give an unusual bush effect. 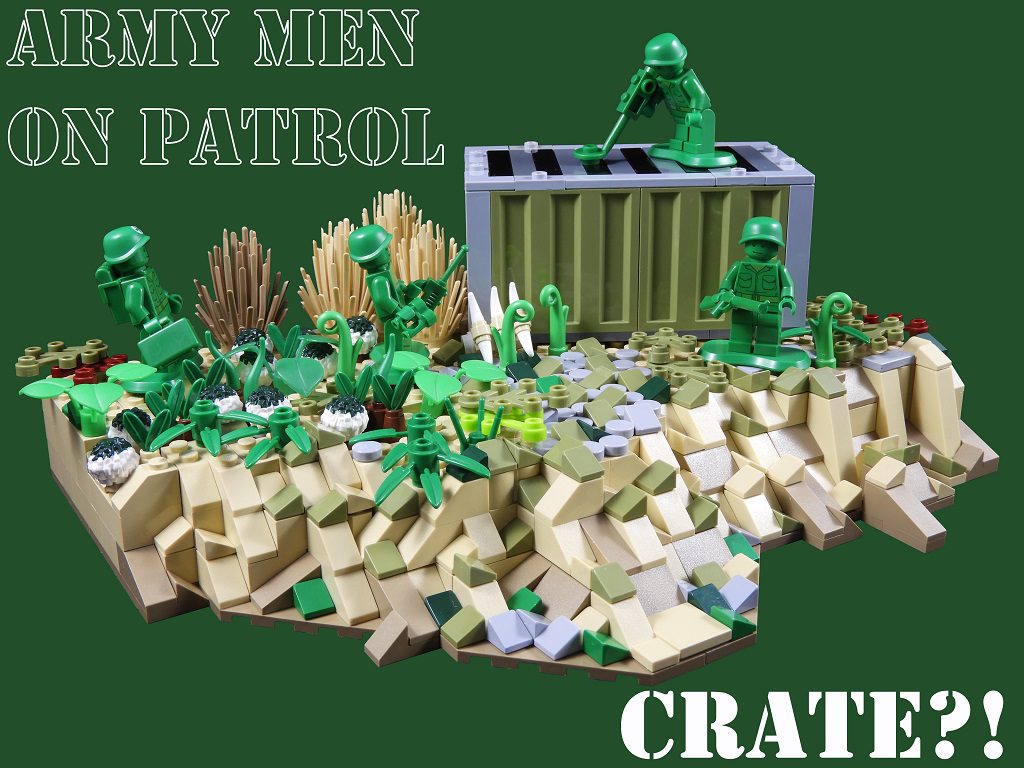 If you missed it, be sure to take a look at yesterday’s build, Army Men on Patrol – Robot!!