In the first of two LEGO builds, Justin Winn imagines a mission for the heroic Army Men from Disney Pixar’s Toy Story

7595 Army Men on Patrol was released in 2010 as part of the LEGO Toy Story theme. I’ve always had an affection for the green army men in Toy Story and this set captures them beautifully. Creating something based on this set has been on my list of things to do for a while as I wanted to capture their adventures outside of those with Buzz and Woody.

Our heroes were summoned to support alarming reports of a giant robot tearing up parts of the city. In their haste to get to the scene, Sarge has managed to plummet the jeep into the side of the building while one of his men lies precariously under the descending foot of the robot. The medic has decided enough is enough, drops the stretcher and makes his escape behind the only armed member of the squadron who has also decided to be somewhere else!

A fairly straightforward build that started life as a number of different shaped plates overlayed on top of each other. The robot was the most fun to build and his torso is a stripped back version of the mech from 70901 Mr. Freeze Ice Attack. The eyes on the robot utilise two tape reel 1×2 tiles with a slope in the middle to cover part of the print. 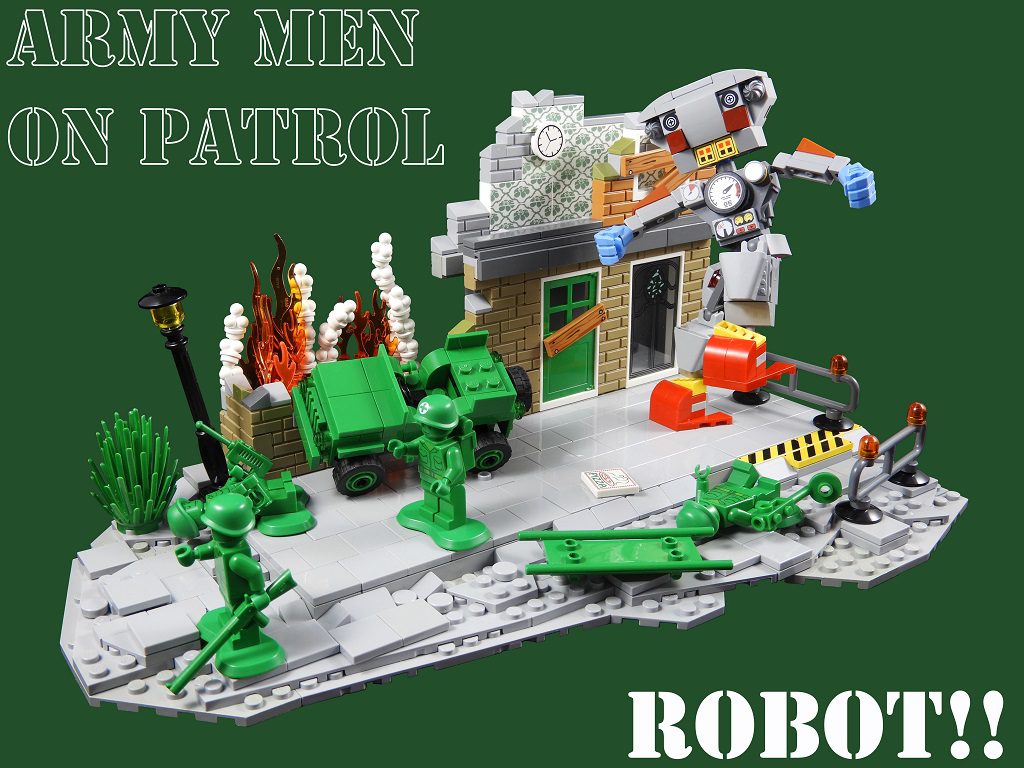