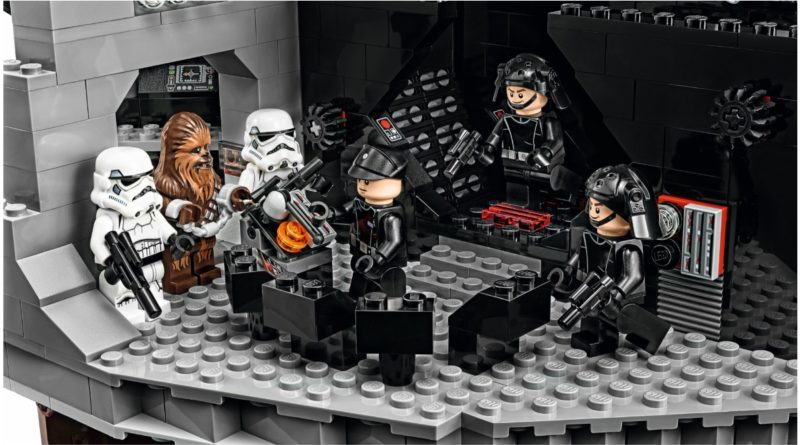 An advertisement for the Star Wars Galactic Starcruiser shows two guests hunting down Chewbacca, offering some unusual options for a potential LEGO set.

Star Wars Galactic Starcruiser is a new hotel experience at Florida’s Walt Disney World amusement park. Billed as a ‘two-night immersive adventure’, the hotel allows guests to spend some time aboard a starship in the Star Wars universe, meet various aliens and participate in a Star Wars storyline. It might be the most expensive LARP session currently available.

Guests of the hotel can apparently aid the Resistance or the First Order during their stay. In one hotel advertisement (now seemingly unavailable) two guests are shown donning First Order uniforms, and commanding a team of First Order stormtroopers to hunt down our favourite Wookiee.

However, this isn’t necessarily the whole story. There may be some narrative twists during a guest’s stay that help place this in a better context. Few of us go on holiday to cosplay as the bad guys, after all.

Star Wars fans will certainly get a kick out of the experience, although taking part in it is reportedly very expensive. According to Dork Side of the Force, prices start at $4,809 for two guests. Florida itself is also embroiled in controversy right now thanks to the ‘Don’t Say Gay’ bill, of which Disney was an enthusiastic supporter.

As such, some kind of LEGO Star Wars Galactic Starcruiser set might be a better option for most fans. There is some precedent here; 75293 Resistance I-TS Transport drew direct inspiration from the Star Wars Galaxy’s Edge attraction, and featured characters from the park such as Vi Moradi. It’s not out of the question that a set inspired by the Galactic Starcruiser attraction will appear in the future, although it may prove one of the pricier sets in the broader LEGO Star Wars range.

Until some kind of official announcement, we’ll have to make do with the rest of the LEGO Star Wars collection. We have also received rumours of a Yavin IV base, although these should be taken with a heaped cup of salt at the moment.