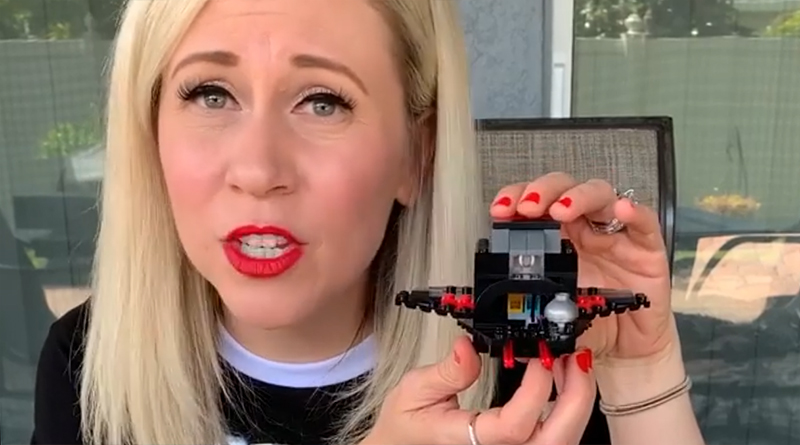 Ashley Eckstein, voice of Ahsoka Tano in Star Wars, has built a LEGO R2-D2 with some special modifications to promote the LEGO MASTERS finale.

As part of promotional activity for LEGO MASTERS USA, Ashley Eckstein has built some LEGO models and shared them on Instagram. The actor, who voices Ahsoka Tano in Star Wars: The Clone Wars and other projects, shows off her dark side speeder build and Her Universe spaceship, inspired by her clothing company’s colours. The latter incorporates a Will Arnett minfigure.

She also shows off the R2-D2 from LEGO Star Wars BOOST 75253 Droid Commander, which Eckstein has customised to her own liking and named R2-HU.

Ahsoka Tano returned in the final season of Star Wars: The Clone Wars, with new episodes released weekly on Disney+. Friday’s episode sees her heading to Mandalore for a showdown with a familiar face from the dark side of the Force.

Many celebrities, including Anna Kendrick and Ellen Degenres, have been LEGO building in lockdown, through what seems to be a genuine enthusiasm for the brick.