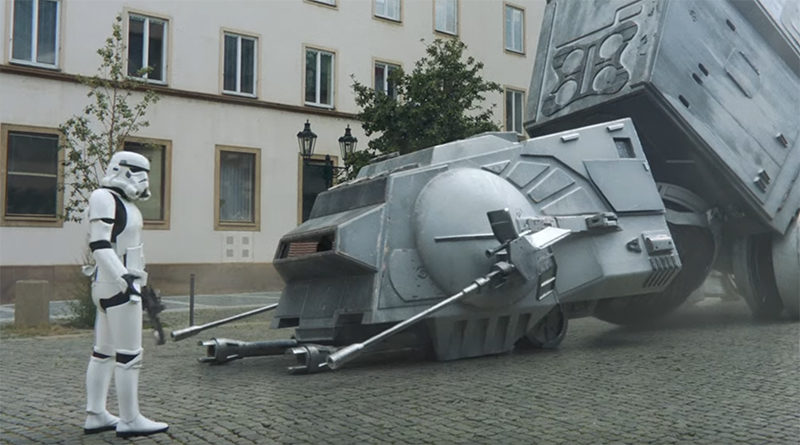 Following the launch of the big budget LEGO Christmas commercial for 2020, the company has released a shorter Star Wars focused version.

LEGO Rebuild the World continues to be the company’s overarching marketing campaign, with a new Christmas advert recently revealed that shows children unleashing their imagination to mash up different concepts and topics. One scene sees an AT-AT Walker rounding a corner before taking a nap.

This new advert expands the idea, with two children playing with 75288 AT-AT and singing the spin on What a Wonderful World from the main advert,

As the AT-AT appears, citizens – including a plumber and someone eating a giant pretzel – flee, as the children sing “in the battlefield, is it a trap? The AT-AT stops.” “He just needs a nap.”

Two Stormtroopers sneak away quietly so they don’t disturb the sleeping AT-AT, which scratches its neck like a dog.

75288 AT-AT is the latest rendition of the iconic vehicle from the LEGO Group, offering a new design and selection of six minifigures, including two Snowtroopers and two AT-AT Drivers. It features an interior with space for troops to be carried inside.